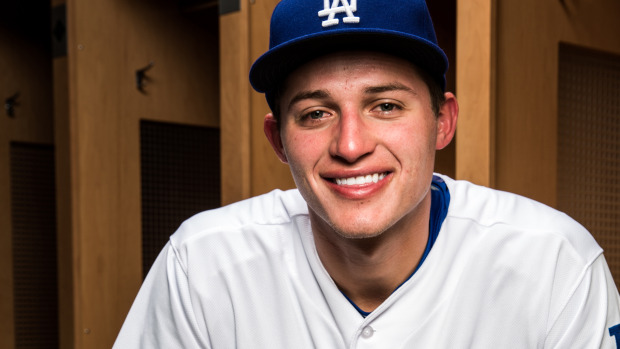 Corey Seager went 1 for 2 with a single against the Angels on Friday. (Getty Images)


Seager was removed after three innings because of pain in his left knee that cropped up during the game. Dodgers manager Dave Roberts said that “once I talk to the doctors, I’ll know more.”

Seager won’t play Saturday, as had been planned, though the injury doesn’t sound serious. Seager singled in the first inning and asked Roberts if he could bat a second time. The manager obliged, and Seager flew out.

Pederson’s removal was a little less straightforward. Minutes before the first pitch at Camelback Ranch, it was announced to the press box that Pederson had been scratched and Trayce Thompson would start instead. Then Pederson was restored to the top of the batting order, but left after one at-bat and one inning in the field.

Roberts said that Pederson had a “personal appointment,” but declined to explain any further.