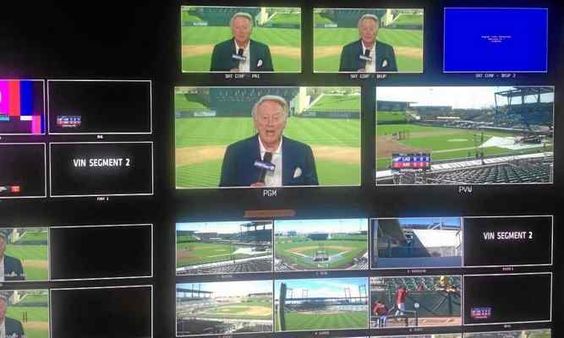 SportsNet LA has been unavailable to most of the Southern California market for its entire three-year existence. (Photo courtesy of SportsNet LA)

One day after Time Warner Cable announced it would reduce the rate it was charging AT&T/DirecTV to carry SportsNet LA, several people with a vested interest in the saga surrounding the Dodgers’ television channel voiced their opinion.

“The distribution dispute involving DirecTV, AT&T, Cox and Verizon has gone on too long,” Manfred said in a statement. “The Dodgers’ massive fan base deserves to be able to watch Dodger games regardless of their choice of provider. The situation is particularly acute given that this is Hall of Fame broadcaster Vin Scully’s final season. Time Warner has made a significant economic move that I hope will be accepted by the providers.”

“I am hopeful that we are close to breaking the deadlock and finally doing the right thing for Dodger fans,” Garcetti said in a statement. “If nothing else, let’s do it for Vin Scully.”

“Would be nothing better than knowing ALL of our amazing @Dodgers fans could watch us every day,” added catcher A.J. Ellis.

Time Warner Cable, which holds the distribution rights to SportsNet LA, said it would reduce its fee for the channel by 30 percent in an effort to spur negotiation. TWC is also the only television provider carrying the network in most of Southern California.

A spokesperson for the AT&T entertainment group, which includes DirecTV, declined comment.