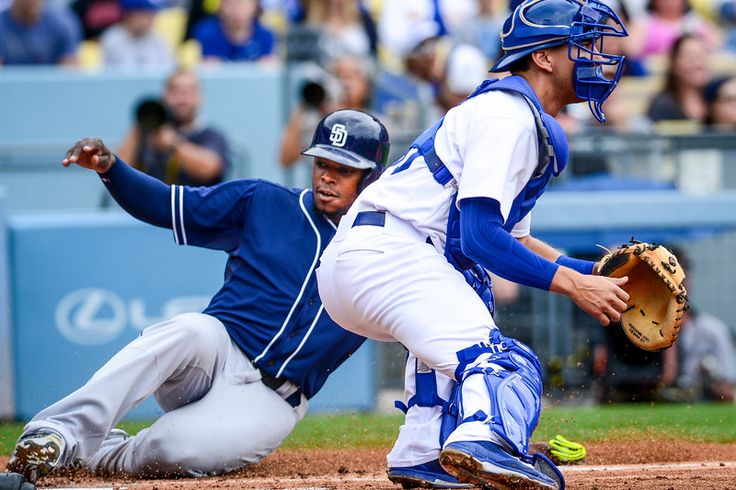 The Dodgers will carry eight men in their bullpen for the foreseeable future and play the San Francisco Giants tonight with one fewer catcher than they had last week.

Austin Barnes was optioned to Triple-A Oklahoma City and Chris Hatcher was activated from the paternity list one day after his wife gave birth.

That means Adam Liberatore, who was recalled from Oklahoma City Thursday, will remain in the Dodgers bullpen as one of two left-handers along with veteran J.P. Howell. Manager Dave Roberts said he liked the idea of having two left-handed options against the San Francisco Giants and into next week against the Atlanta Braves as well. The Dodgers begin a three-game series in Atlanta on Tuesday.

“You look at this team — (Brandon) Belt, (Joe) Panik, (Brandon) Crawford, (Denard) Span — I know (Gregor) Blanco’s in there tonight — just to have two lefties is a good thing,” Roberts said. “Looking further beyond to Atlanta, (Nick) Markakis is there, (Jace) Peterson’s another; two lefties is a nice thing to have.”

Howell had allowed six straight batters to reach base before he pitched a 1-2-3 seventh inning against the Arizona Diamondbacks. Liberatore didn’t appear in the game, but he was warming up in the bullpen in case the save situation had been removed.

Roberts said that Kenley Jansen is his closer tonight, though it’s worth noting that Jansen has pitched three innings over the last two nights. Having an extra reliever couldn’t hurt.

“It’s not something that we’ve done yet,” Roberts said. “Talking to the guys, I feel comfortable with it. I think the Giants are doing it as well. I can see doing that the next couple weeks.”

Barnes had a torrid spring, only to go 2-for-15 in parts of six games to begin the season.

“Austin is a nice young player, and it’s just hard to get him at-bats,” Roberts said. “Just to option him out, get him to OKC, playing, catch his breath a little bit.”