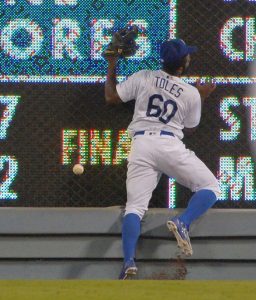 The Dodgers did something Saturday that they haven’t done in 24 days: they lost ground in the National League West. They’ll have time to make up their two-game deficit, however, after a 4-2 loss to the Diamondbacks.

Yasiel Puig still hasn’t figured out how to hit a fastball this season. Dodgers hitting coach Turner Ward says it’s a process that takes time, but it’s understandable why the Dodgers might run out of patience by the trade deadline.

Puig did not take questions after the game.

Here’s what everyone else was saying: