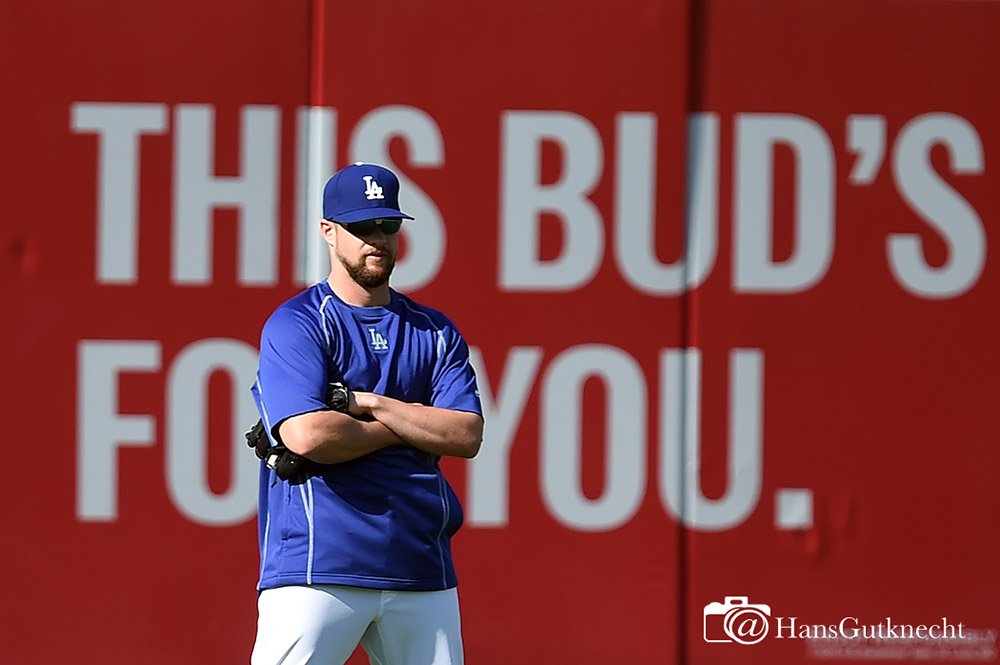 Bud Norris bides his time during batting practice Friday in front of a Budweiser ad in the Dodger Stadium outfield. (Hans Gutknecht/Staff photographer)

The Dodgers are expected to place right-handed pitcher Bud Norris on the 15-day disabled list retroactive to Monday and recall Ross Stripling to make a spot start Saturday against the Boston Red Sox. Stripling arrived at Dodger Stadium on Friday afternoon, but the move won’t be official tonight. By waiting until tomorrow, the Dodgers can keep an extra pitcher in the bullpen for tonight’s game against the Red Sox.


Norris exited his last start Sunday with an injured lat muscle in his back after facing just two batters. The right-hander will become the Dodgers’ 12th player on the disabled list currently, and their 24th different player to land on the DL this season — extending a National League record.

Meanwhile, the Dodgers believe left-hander Rich Hill will be able to make his debut Sunday against Boston. Hill was on the disabled list with a finger blister when the Dodgers got him from the Oakland A’s at the Aug. 1 trade deadline.

Hill threw 50 pitches in a bullpen session on Wednesday in Denver.

Hill was born in Boston and pitched for the Red Sox from 2010-12. Sunday will be his first start for any team since he was befallen by the blister on July 17 while pitching for the A’s.