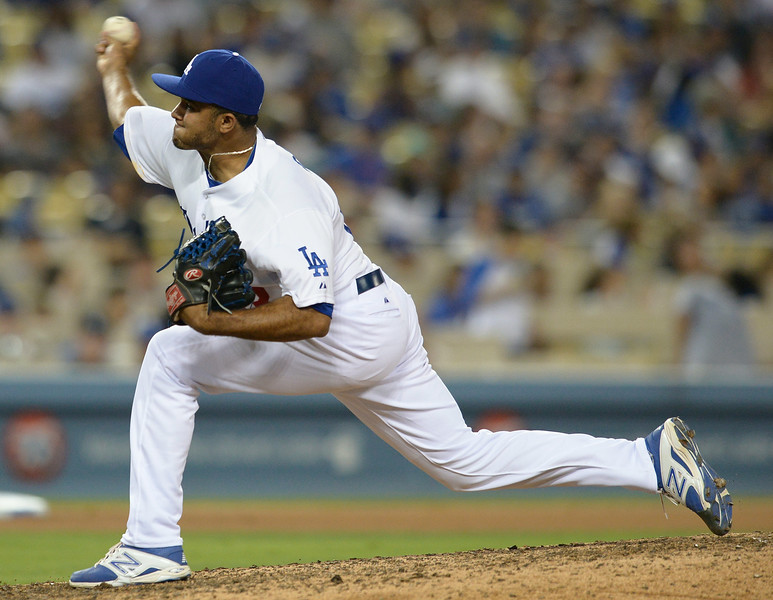 When Rob Segedin had a locker in Dodger Stadium on Sunday, Yimi Garcia did not for the first time all year.

Garcia hasn’t pitched for the Dodgers since developing soreness in his right biceps on April 22 in Colorado. He made six minor league rehab appearances in July, none since he experienced a setback on July 29.

Sunday, manager Dave Roberts said the setback is expected to cost Garcia the rest of the season.

“We just don’t see him coming back,” Roberts said.

Fifty-one games and less than two months remain in the regular season.

Roberts said that the team’s training staff hasn’t determined whether or not Garcia will need surgery. In nine games with the Dodgers in April, the right-hander allowed three runs in 8 ⅓ innings, walking one batter and striking out four.

Segedin was recalled from Triple-A Oklahoma City and will take the roster spot of infielder Chris Taylor, who was optioned to Oklahoma City.