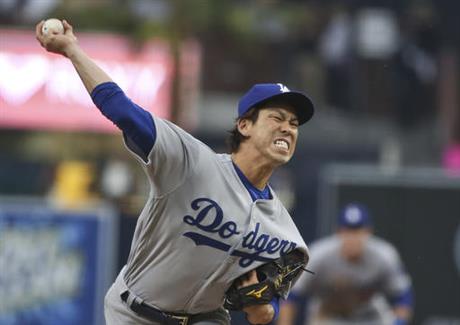 Kenta Maeda is 2-1 in three starts against the Colorado Rockies this season. (Associated Press photo)

The Tulsa Drillers’ season ends Sept. 5 — a week from today — so Stewart will be eligible to rejoin the Dodgers after that day.

Stewart pitched the best game of his brief major league career Sunday at Dodger Stadium, pitching five scoreless innings in a 1-0 win over the Chicago Cubs.