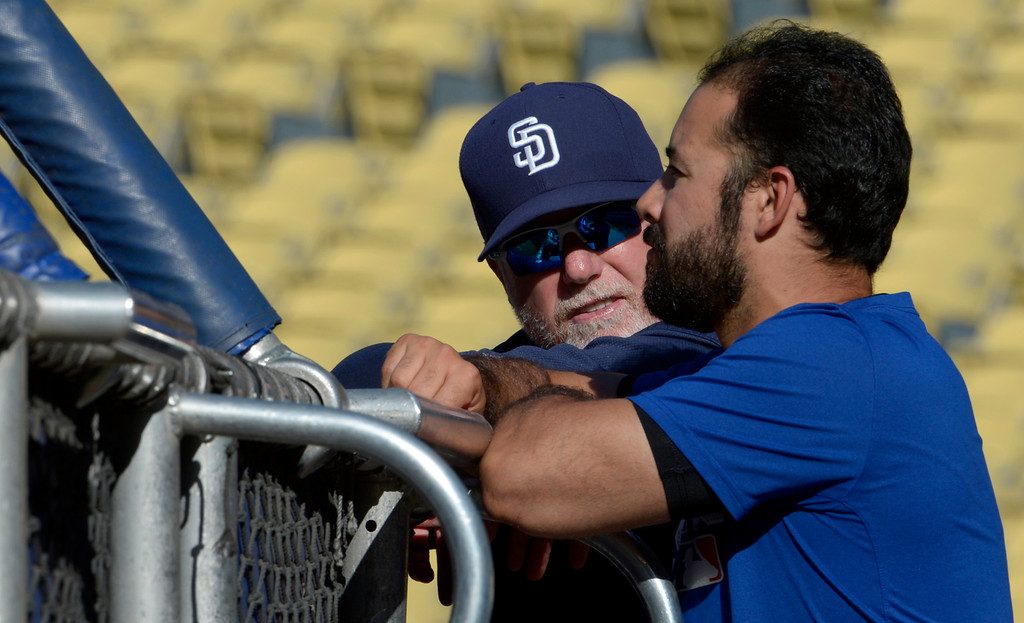 The Rancho Cucamonga Quakes were supposed to give Andre Ethier a rehab game.

They almost gave him two.

Ethier hit a solo home run in the sixth inning Wednesday as part of a 2 for 7 performance, when the Quakes won Game 1 of their California League playoff series against the Lancaster JetHawks in 16 innings.

Ethier singled to lead off the bottom of the 16th but was wiped out on a fielder’s choice. Dodgers prospect Johan Mieses was walked intentionally with journeyman minor leaguer Noah Perio on deck. Perio drove in Matt Beaty with the winning run.

The Dodgers are set to embark on a 10-game road trip to Miami, New York and Phoenix beginning Friday. What are the odds of Ethier joining the team during the first week of that road trip?

“I think they’re pretty good,” Dodgers manager Dave Roberts said. “I’m going to leave it in ‘Dre’s court and just trust that with the respect I have for him and knowing his body, his swing. I know he’s encouraged. Whenever he feels he can help us in any way, we’d love to have him back. We can’t wait.”