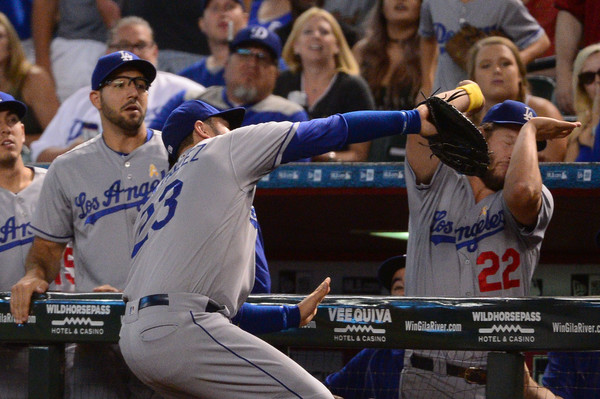 Dodgers first baseman Adrian Gonzalez catches a foul pop-up in the dugout in front of teammate Clayton Kershaw during the Dodgers’ 6-2 win over the Arizona Diamondbacks on Saturday. (Getty Images)

It was a good day to be a rookie in the Dodgers’ 6-2 win over the Arizona Diamondbacks on Saturday. The box score is here.

The Dodgers have had preliminary discussions with third baseman Justin Turner and closer Kenley Jansen, both of whom become free agents after the season.