The Dodgers lead the San Francisco Giants by six games in the National League West standings with 12 games left on the schedule. Clinching a berth in the playoffs is becoming a formality.

With that in mind, the Dodgers put tickets for potential National League Wild Card, NL Division Series and NL Championship Series home games on sale today at www.dodgers.com/postseason. (Tickets are not sold for a specific date, but for a corresponding home game in each postseason round.)

Below is a look at the possibilities for game days and such: 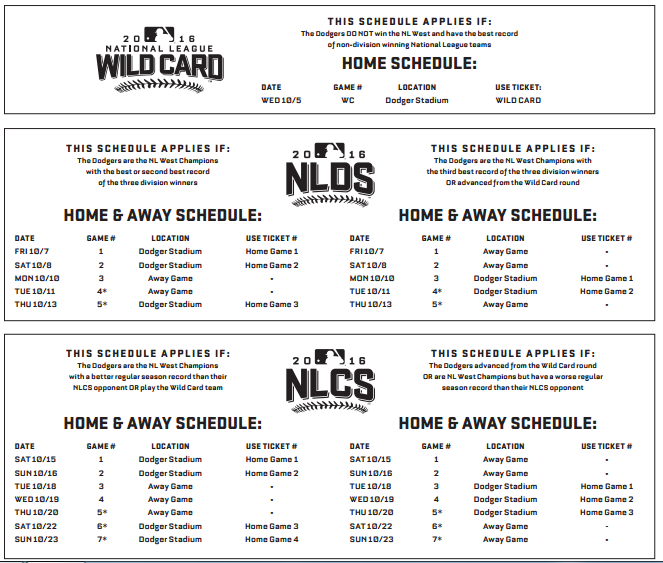