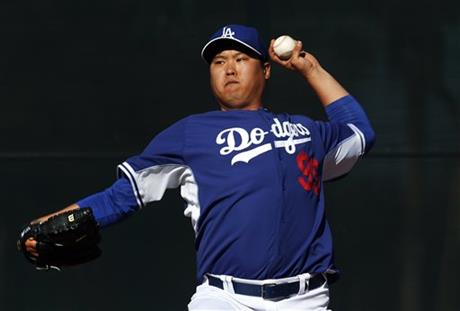 Dodgers pitcher Hyun-Jin Ryu is expected to be ready to pitch next season after undergoing a left elbow debridement. (Associated Press photo)

Dodgers pitcher Hyun-Jin Ryu had an arthroscopic left elbow debridement today, performed by team physician Dr. Neal ElAttrache in Los Angeles. The team says he is expected to be ready for next season.

Ryu missed all of last season, and was limited to one start this year, while recovering from shoulder labrum surgery performed in April 2015.