The Dodgers announced that Kershaw left the game with right lower back tightness.
END_OF_DOCUMENT_TOKEN_TO_BE_REPLACED

Two days after he was transferred out of the intensive care unit of his Manhattan hospital, former Dodgers slugger Pedro Guerrero was able to talk, and move his arms and legs Thursday, according to a friend of Guerrero’s family.

Guerrero, 60, suffered a brain hemorrhage while driving to the gym on Monday in Queens. He was taken to the nearest medical facility that night and placed in a medically induced coma, then transferred to Lenox Hill Hospital the next day. Guerrero awoke from the coma Tuesday and has been steadily progressing since. A second source in contact with Guerrero’s family said that the slugger is now aware enough to recite his date of birth. 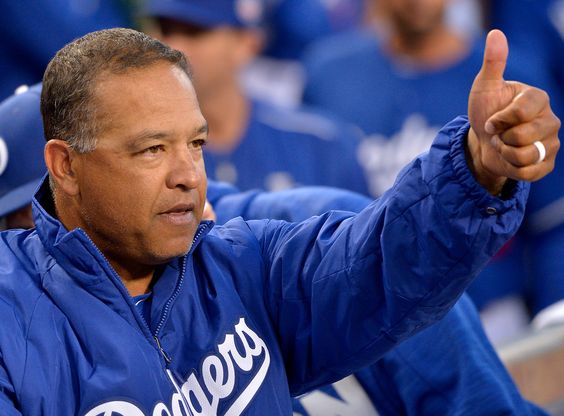 Howie Kendrick was an unsung hero for much of 2016, calling left field his primary position in a season where Andre Ethier, Trayce Thompson and Scott Van Slyke missed most of the year with injuries.

Now, Kendrick is gone. The Dodgers traded him to the Philadelphia Phillies for outfielder/first baseman Darin Ruf and minor league infielder Darnell Sweeney on Friday.

Kendrick, 33, batted a career-low .255 in 146 games for the Dodgers, who also played him at second base, first base and third base at times. But he saw fewer plate appearances per game in 2016 compared to any of his 11 major league seasons. Kendrick was reportedly so upset about his diminished playing time that he requested a trade.

Sweeney, 25, advanced to the Triple-A level in the Dodgers’ organization before he was traded to Philadelphia for Chase Utley in 2015. He spent all of this year with the Phillies’ Triple-A affiliate, batting .233.

Since Sweeney wasn’t on the Phillies’ 40-man roster, the Dodgers still carry 37 men on theirs. The Dodgers also gained some financial wiggle room: Philadelphia will pick up the final year of Kendrick’s two-year contract, which pays him $10 million next season.