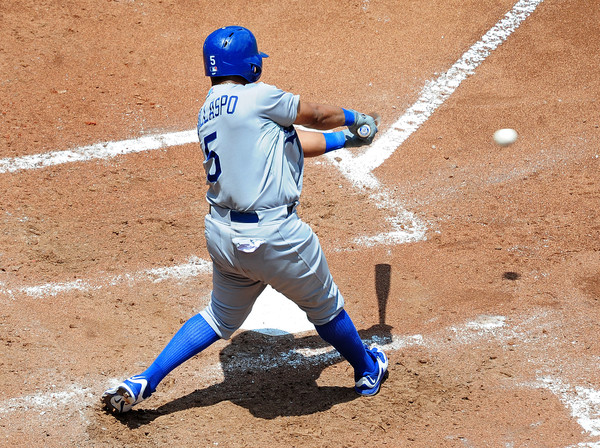 Alberto Callaspo gave the Dodgers 60 games of replacement-level play at third base after arriving in the trade that sent popular veteran Juan Uribe to Atlanta. (Getty Images)

This is Part 9 in a series in which every member of the 2015 Dodgers has his season juxtaposed with an episode of the greatest sitcom of all-time. Don’t take it too seriously.

Key quote: “All plans between men are tentative. If one man should suddenly have an
opportunity to pursue a woman, it’s like these two guys never met each other
ever in life. This is the male code. And it doesn’t matter how important the
arrangements are, I mean, most of the time when they scrub a space shuttle
mission it’s because one of the astronauts met someone on his way to the launch
pad.”

END_OF_DOCUMENT_TOKEN_TO_BE_REPLACED

CINCINNATI — Alberto Callaspo, who was designated for assignment on Aug. 19, was released from his contract Thursday.

Callaspo had a .206 batting average with the Atlanta Braves when he was acquired in the Juan Uribe trade in May. He batted .260 with a .336 on-base percentage in 60 games with the Dodgers, mostly as a backup third baseman.

The 32-year-old from Venezuela was cut to make room for second baseman Chase Utley, making Alex Guerrero the primary backup to Justin Turner. 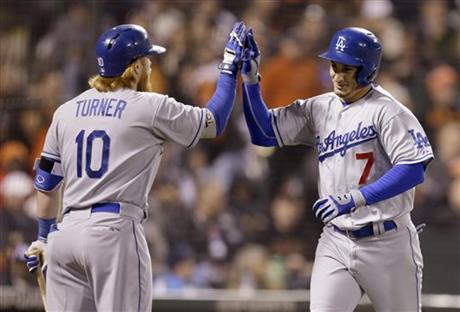 PITTSBURGH — Dodgers third baseman Justin Turner has resumed baseball activities, manager Don Mattingly said, but his return from a skin infection could be pushed back until the middle of next week.
END_OF_DOCUMENT_TOKEN_TO_BE_REPLACED
Share this post ...

CHICAGO — Right fielder Yasiel Puig was scratched from the Dodgers’ lineup for the second consecutive day because of an open callus on the palm of his left hand.

Puig might be available to pinch run or pinch hit; manager Don Mattingly addressed his status this morning:

Alex Guerrero is playing left field, Scott Van Slyke is in right, and Alberto Callaspo was inserted to the lineup as the Dodgers’ third baseman. Here’s the full lineup for the 1 p.m. game against the Cubs:
END_OF_DOCUMENT_TOKEN_TO_BE_REPLACED