ANAHEIM — The Angels found another way to beat the Dodgers, their third win in the four-game interleague series. The box score is here.

Technology has a place in baseball, opines colleague Jeff Miller.

The hobbled Angels beat the Dodgers 8-1 on Wednesday. The box score is here.

Clayton Kershaw pitched eight typically strong innings and Joc Pederson hit his team-leading seventh and eighth home runs of the season in a 5-1 win over the Angels. The box score is here.

Trayce Thompson got his second consecutive start against a right-handed pitcher Tuesday and he’s making the most of his opportunities. 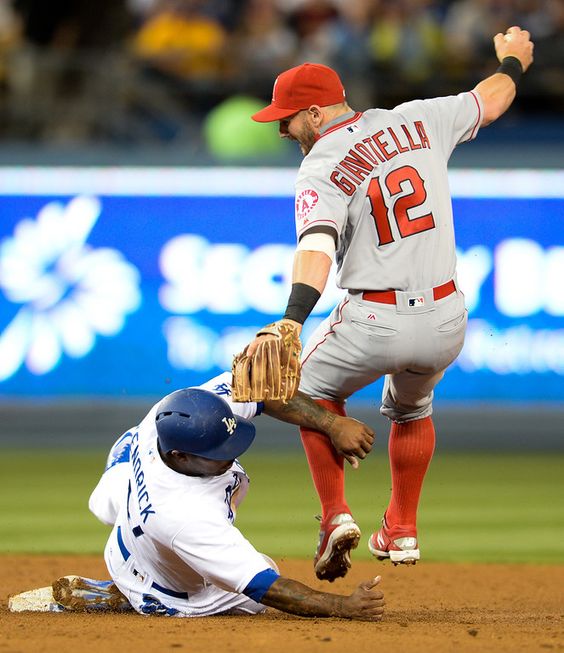 The Angels took round one of the Freeway Series, and it was a close one — 7-6 before 39,583 at Dodger Stadium. The box score is here. The photo gallery is here.

A rehabbing Alex Guerrero is confident he can help the Dodgers once he’s healthy. 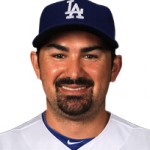 First baseman Adrian Gonzalez was removed five innings in to the Dodgers’ game against the Angels with tightness in his lower back.

Gonzalez, 34, struck out in his final at-bat against Matt Shoemaker before he was replaced in the batting order by Justin Turner. Howie Kendrick shifted from third base to first and Turner took over at third for the final four innings.

Gonzalez is the only player who has appeared in all 39 games this season for the Dodgers.