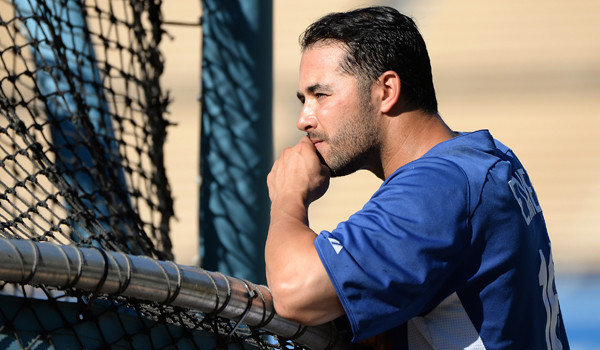 Andre Ethier grounded out in a pinch-hit appearance in Game 1 on Thursday. (Getty Images)

Andre Ethier ran out a ground ball to first base on Thursday night, and his left foot didn’t fall off.

Better yet, there seems to be some improvement in the health of the Dodgers’ center fielder, who’s been limited to pinch-hitting duties in the National League Division Series against the Atlanta Braves. Dodgers manager Don Mattingly said that Ethier “could possibly stay in the game if it’s the right situation” if he reaches base in Game 2 tonight.

That’s an important step forward for a player who limped onto the field for warmups Wednesday and still doesn’t look completely right compared to his healthy teammates. Ethier injured his left ankle in early September and has two at-bats in the past three weeks.

Still, Mattingly doesn’t expect to get Ethier back in the outfield before the series ends.

“I haven’t really counted on it,” the manager said Friday. “As the days go on, it just gets better and better. But I’ve really kind of resigned myself to the fact that this guy’s coming off the bench. If I’m able to get that, fine. But I’m trying to get Scott (Van Slyke) some time out there, as far as work. Dee (Gordon) is getting some time in, just in case of emergency. Hopefully this thing just keeps getting better, but we’ll see.

The plan, then, is to keep Skip Schumaker in center field, with Van Slyke the backup. Schumaker is in the Dodgers’ starting lineup for Game 2.

Some bullet points for a National Taco Day:
END_OF_DOCUMENT_TOKEN_TO_BE_REPLACED 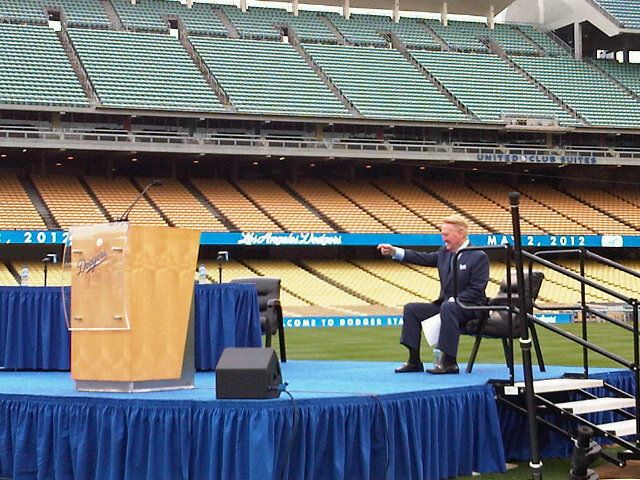 Some bullet points for a Remembrance of the Slave Trade Abolition Day:
END_OF_DOCUMENT_TOKEN_TO_BE_REPLACED 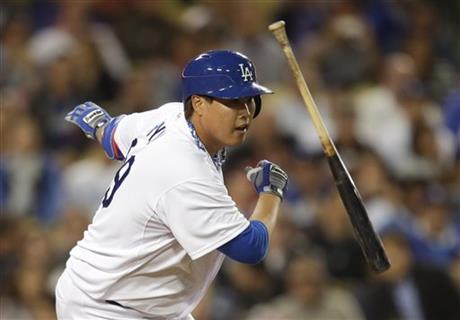 A Dodgers-Marlins series in mid-August has no plot really, only subplots. The hottest team in baseball against the team with the National League’s worst record? Move along, nothing to see here.

The Dodgers are 7 ½ games ahead of Arizona in the National League West. The Marlins are 6 ½ games behind (ahead of?) the Astros for baseball’s worst record and the first pick in next year’s draft. Wins and losses are probably only news if the Dodgers lose today — it will be their first back-to-back losses since June 20 and 21. So there’s that.

There’s something else, actually. Subplots galore.

Tonight’s starting pitching matchup pits a pair of rookies, Dodgers left-hander Hyun-Jin Ryu and 20-year-old marlins right-hander Jose Fernandez, who have carved opposing paths to the distinction of National League’s best rookie pitcher. (Julio Teheran, Shelby Miller and Jim Henderson probably have something to say about this.) The Palm Beach Post notes that at 139 ⅔ innings, Fernandez is approaching his limit of roughly 170 innings before being shut down.

Ryu is starting his 24th game of the season today, and is scheduled to make eight more starts after this one, not including playoffs. His career high is 30 starts, which he compiled six years ago as a 20-year-old in Korea. Ryu would have to pitch another 63 innings to reach his previous career high; assuming he averages seven innings per start, he’ll get there. Direct comparisons are difficult to draw, since Ryu typically threw fewer pitches per inning in the KBO, so it will be interesting to see how the Dodgers handle him in September.

In Miami, the more closely watched rookie matchup will be between Yasiel Puig and Fernandez. The two Cubans have reportedly never faced each other.

We’re also looking forward to seeing Nate Eovaldi again on Wednesday. More on him in a couple days.

A few more bullet points for a Monday morning:
END_OF_DOCUMENT_TOKEN_TO_BE_REPLACED 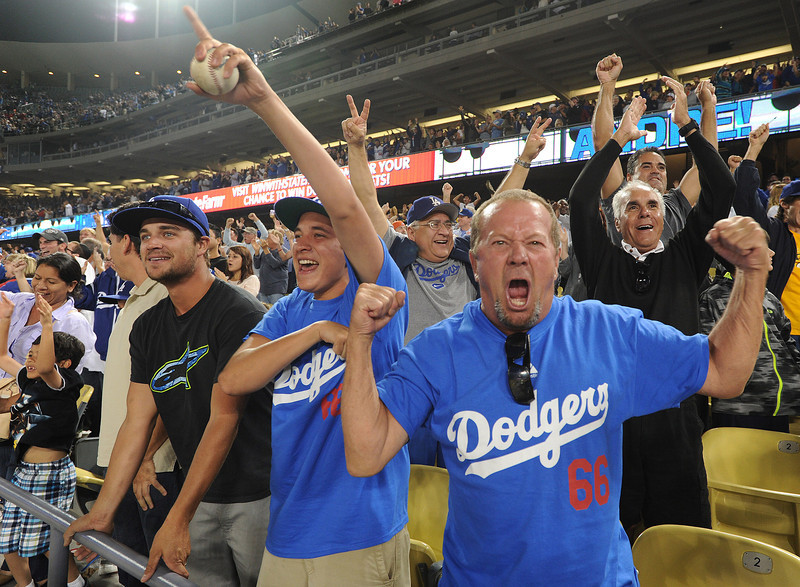 The Dodgers’ fortunes came full circle today, when online oddsmaker Bovada released its list of World Series favorites with the Dodgers on top at 9 to 2.

The Dodgers have gone from the preseason favorites with baseball’s highest payroll, to midseason busts on the verge of firing their manager, to favorites once again by winning 40 of 48 games.

Friday served as a reminder of how things might have been when the Philadelphia Phillies, the Dodgers’ weekend opponent, fired manager Charlie Manuel with 40 games left in their season. Ryne Sandberg will take over on an interim basis.

It was supposed to be Don Mattingly not long ago. Now it’s Mattingly who will be opposing Jim Leyland from the opposite bench in the 2013 World Series, if these odds are any indication:

On a related note, Gary Sheffield is buying in. He tells Dodgers Nation: “I think they have the chips to make it.”

Some bullet points for the weekend:

END_OF_DOCUMENT_TOKEN_TO_BE_REPLACED 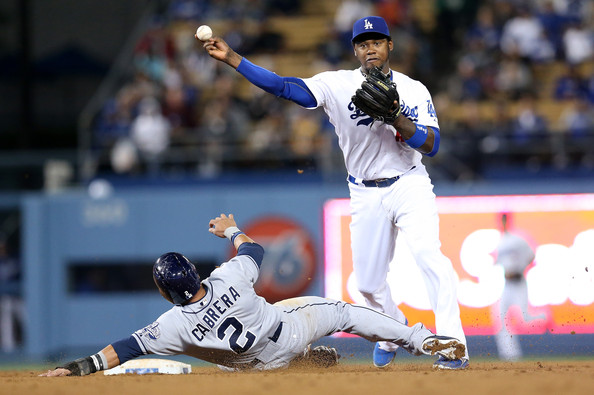 There are no Dodgers major or minor-leaguers on a composite list of Biogenesis names compiled this morning by Deadspin.com, but the San Diego Padres are about to lose their everyday leadoff hitter and shortstop, Everth Cabrera.

That was perhaps the biggest takeaway for the Dodgers in the fallout from the shuttered drug clinic. Cabrera is one of 12 players who will reportedly accept 50-game suspensions today. New York Yankees star Alex Rodriguez is expected to appeal his proposed suspension.

Cabrera and the Padres have six games left against the Dodgers this year. Of course, San Diego is 10 games out of first place in the National League West and going nowhere fast. So you can count your lucky stars that no Dodgers are among the Biogenesis dirty dozen, move along, and pay attention to that little 14-game road winning streak the Dodgers are putting together.