Beachy allowed one walk and struck out one of the six batters he faced. This was the first day of 30 he will have to complete the minor-league rehab assignment. He’s expected to use all 30 days.

Brandon League also appeared in the game, his first back-to-back appearances since beginning his rehab from a spring shoulder injury. League allowed one hit and struck out one batter in a scoreless third inning.

Beachy will probably remain at Single-A for now, while League is expected to join Triple-A Oklahoma City before returning to the Dodgers in a week. 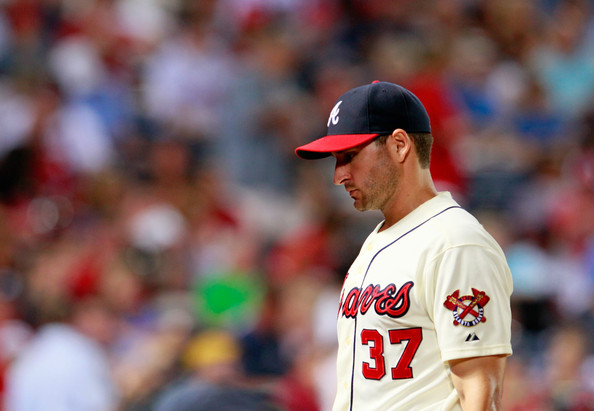 Brandon Beachy will begin his long-awaited minor league rehabilitation assignment tonight with Single-A Rancho Cucamonga. Beachy, whom the Dodgers signed to a one-year deal with an option for 2016 in February, hasn’t pitched in a competitive major-league game since 2013. His career was derailed by two Tommy John surgeries, but at age 28 is nearing a return to the majors.

Beachy’s rehab assignment can last 30 days from start to finish, unless he has a setback that requires him to take some time off. Thirty days from now projects to a return just after the All-Star break. The Dodgers begin the second half with a road trip to Washington, Atlanta and New York starting July 17.

Who knows what the Dodgers’ rotation will look like by then. Beachy has a 3.23 ERA in 46 career starts, all with the Atlanta Braves from 2010-13.

Dodgers pitcher Brandon League (shoulder) is expected to make a relief appearance in the game for Rancho Cucamonga as well. 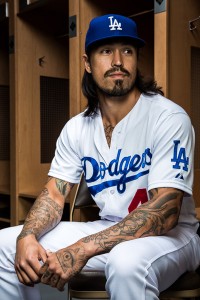 SAN DIEGO — Brandon League has the weekend off from his minor league rehab assignment. He’s spending it with the Dodgers at Petco Park, which is convenient since he lives in San Diego in the off-season.

League will return to Single-A Rancho Cucamonga Monday and Tuesday to pitch back-to-back days , something he hasn’t done since his rehab stint began June 7. From there, League said he will pitch in “one or two more (games) after that, I think in Oklahoma.”

END_OF_DOCUMENT_TOKEN_TO_BE_REPLACED

Brandon League grew up in the Sacramento area, so maybe a road trip to the Central Valley suburb of Modesto wasn’t as insufferable for him as most visitors to the drought-stricken community.

If anything, League should be ecstatic after throwing a scoreless inning for Single-A Rancho Cucamonga in Modesto on Wednesday. League struck out two batters and induced a groundout in the inning.

Wednesday marked his second rehab appearance since suffering a shoulder injury in spring training; he allowed one hit and one unearned run in his debut Sunday. League is expected to need at least one more rehab game before returning to the Dodgers and there is no firm timetable for his return.

League started the game in Lancaster. The first batter League faced reached on a fielding error by second baseman Brandon Trinkwon. A flyout and a groundout followed, before an RBI single drove in the only run against League. The next batter grounded into a forceout.

League has spent the entire season on the 60-day disabled list with pain in his right shoulder. He’s expected to make several rehab appearances before he is activated. League is permitted to spend up to 30 days on the rehab assignment.