Paco Rodriguez is returning to the Dodgers.

The left-handed reliever was recalled from the Albuquerque Isotopes on Tuesday, according to a release issued by the Dodgers’ Triple-A affiliate. The Minnesota Twins are hosting the Dodgers tomorrow; today’s game was postponed due to inclement weather in Minneapolis and the teams will play a day-night doubleheader Thursday.

The Dodgers haven’t issued an announcement or a corresponding roster move, probably because there isn’t one. Major-league teams are allowed to carry 26 players on their 25-man roster for a doubleheader — but only in the case of day-night doubleheaders that have been scheduled 24 hours in advance. The rule went into effect with the most recent collective bargaining agreement, which was enacted in 2012.

Since this doubleheader fits the bill, Rodriguez might only be with the team Thursday before he heads back to Albuquerque.

Update (5:36 p.m.): According to the minor league transactions page, Carlos Triunfel has been optioned to Triple-A Albuquerque. Triunfel’s trifle of a major-league recall lasted less than 48 hours.

Update 2 (7:30 p.m.): The Dodgers officially announced that Rodriguez has been recalled and Carlos Triunfel has been optioned to Albuquerque. 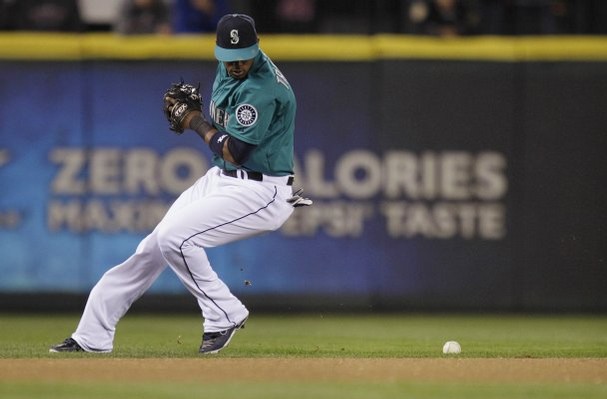 The Dodgers claimed Carlos Triunfel off waivers and assigned him to Triple-A Albuquerque. (Tacoma News-Tribune)

The Dodgers claimed infielder Carlos Triunfel on outright waivers from Seattle, added him to the 40-man roster and optioned him to Triple-A Albuquerque.

The 24-year-old Triunfel spent 2013 splitting time between the Mariners and Triple-A Tacoma in Seattle’s organization. An athletic infielder with a strong arm, Triunfel has shown the versatility to play shortstop, second base and third base and has played all three positions in both the Majors and minors.

The Dodgers now have 40 players on their 40-man roster.
END_OF_DOCUMENT_TOKEN_TO_BE_REPLACED