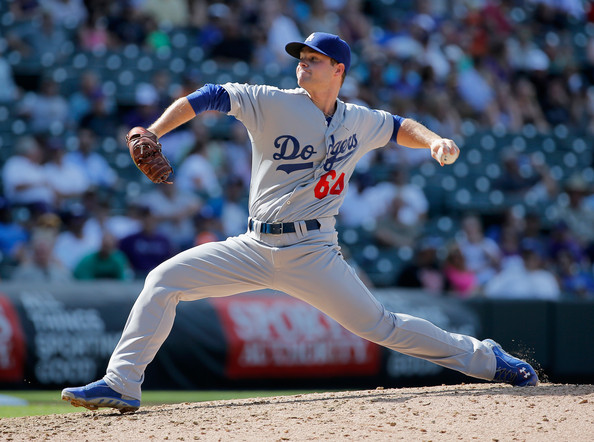 Pitcher Daniel Coulombe made nine major-league appearances for the A’s in September, and 10 in the previous two years with the Dodgers. (Getty Images)

This is Part 10 of a series in which every member of the 2015 Dodgers has his season juxtaposed with an episode of the greatest sitcom of all-time. Don’t take it too seriously.

Key quote: “Oh, our stupid friend freaked out the pilot. Single-handedly delayed the plane a whole hour. Can you believe that?”

The 26-year-old lefty started the season in Triple-A and ended it as a member of the Oakland A’s, who got him in a Sept. 10 trade for cash. In between, Coulombe was recalled from the minors and sent back on five separate occasions. He made one relief appearance for the Dodgers in May, three in June, and one more in July. That’s five games, none of which were particularly close when Coulombe entered. You could have blinked and missed all of it.

Without a doubt, the best story involving Coulombe this year emerged in spring training.

His grandfather, a flight engineer in World War II, was spared his life by a German fighter pilot during an air raid over Berlin. Forty years later, the American and German veterans met for the first time. Had the German shot down Bertrand Coulombe’s B-17, Daniel Coulombe certainly wouldn’t be alive. It’s a cool story, and it’s true.

In “The Diplomat’s Club,” all four characters have deeply involved storylines that somehow manage to overlap — the classic Seinfeld formula at its best. With the exception of George (who goes to great lengths to work out his white guilt), every character is impacted by a commercial airline pilot in some way. The pilot doesn’t have a speaking line in the episode, maybe because he wasn’t actually an actor. Check out the back story:

Bertrand Coulombe didn’t have a speaking role in the Dodgers’ season, but he played a small-yet-vital role nonetheless. 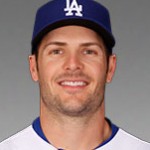 END_OF_DOCUMENT_TOKEN_TO_BE_REPLACED

Mattingly said he “would think” Rodriguez could return in time to pitch for the Dodgers in the playoffs, should their season get that far.
END_OF_DOCUMENT_TOKEN_TO_BE_REPLACED

CHICAGO >> Two vaguely familiar uniforms are hanging in the postage stamp of a visitors’ clubhouse at Wrigley Field. One (#63) belonged to Joel Peralta. The other (58) belonged to Ian Thomas.

The Dodgers optioned relief pitchers Daniel Coulombe and Matt West to Triple-A Oklahoma City and activated Peralta from the disabled list. Peralta spoke at length Monday about the physical and emotional journey he endured while recovering from a pinched nerve that was affecting his right triceps. Peralta has missed the 53 games and said there was no guarantee he would return at all. More from him in a future blog entry.

The more intriguing case is that of Thomas, who was officially recalled about 20 minutes before the anticipated 7:05 p.m. (CT) start time. A team spokesperson said that Thomas was delayed en route to Chicago from Oklahoma City, where the Dodgers’ top farm team is in the middle of a seven-game homestand.
END_OF_DOCUMENT_TOKEN_TO_BE_REPLACED

Coulombe threw 24 pitches in two-thirds of an inning Wednesday for Oklahoma City, allowing two runs. Manager Don Mattingly said that Coulombe will be available during tonight’s game against the Texas Rangers nonetheless.

The left-hander will be making his fourth stint of the season with the Dodgers, having allowed three runs in 3 ⅓ innings in two games. Coulombe had appeared in 16 games with Oklahoma City, posting a 4.82 ERA and limiting opponents to a .232 batting average.

Heisey is batting .154 (4-for-26) with a double and eight walks in 17 major league games this season. He recently gained the five years’ service time necessary to reject a minor-league assignment, but he accepted this one. It’s the fourth time he has been optioned to Oklahoma City since the season began.