They sent Matt Long to the Angels to complete the trade for catcher Drew Butera. Then they traded Long and pitcher Jarrett Martin for minor-league catcher Shawn Zarraga. None of the players involved are on the 40-man roster.

Defensively, Zarraga was charged with two passed balls in 67 games last season and threw out 16 of 47 attempted base-stealers.

Zarraga was a 44th-round draft pick by the Brewers in the 2007 draft. 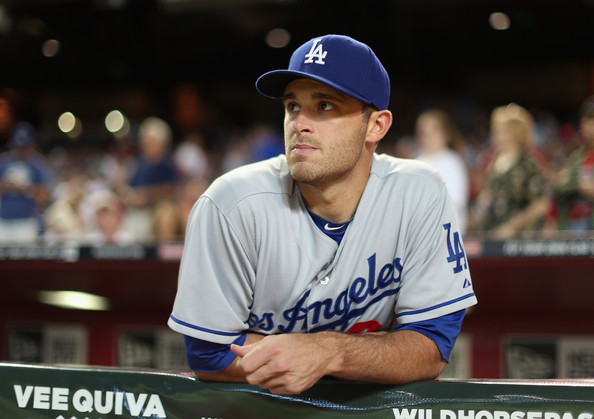 Drew Butera as he most accurately can be remembered in a Dodgers uniform, watching a game from the dugout. (Getty Images)

The Dodgers claimed Ryan Lavarnway off waivers Friday, 10 days after the Boston Red Sox designated him for assignment to make room for Hanley Ramirez.

To make room for Lavarnway on the 40-man roster, the Dodgers designated catcher Drew Butera for assignment.

Lavarnway, 27, was a solid hitter at the Triple-A level the last four seasons. He owns a career .284/.377/.448 slash line for Pawtucket of the International League. In 97 major league games, all with Boston, Lavarnway has batted .201/.249/.315 with five home runs and 34 runs batted in.
END_OF_DOCUMENT_TOKEN_TO_BE_REPLACED

Here is the complete roster:
END_OF_DOCUMENT_TOKEN_TO_BE_REPLACED 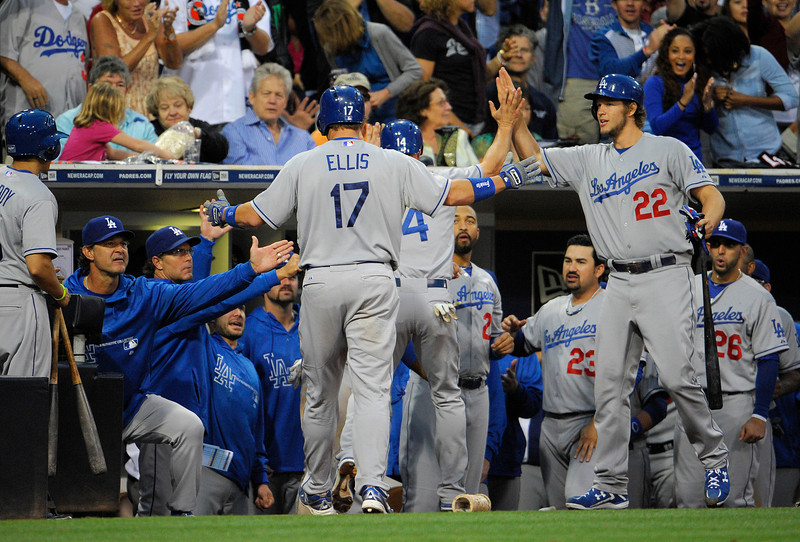 A.J. Ellis was back in the Dodgers’ lineup Friday, 19 days after he sprained his ankle celebrating Josh Beckett‘s no-hitter in Philadelphia.

Ellis is batting .170/.350/.213 in a season limited by injuries to 15 games. The 33-year-old catcher missed 39 days in April and May after undergoing a procedure on the mensicus in his left knee.

Ellis might give the Dodgers’ lineup a dimension it missed in his absence.

“Over the course of last year, the last couple years, even when his average may not be jumping out at you, he’s always a guy that gives you a tough at-bat every day,” Dodgers manager Don Mattingly said. “He makes a pitcher work. I think we’ll look forward to that. It just gets another ‘quality out’ when you make an out.” 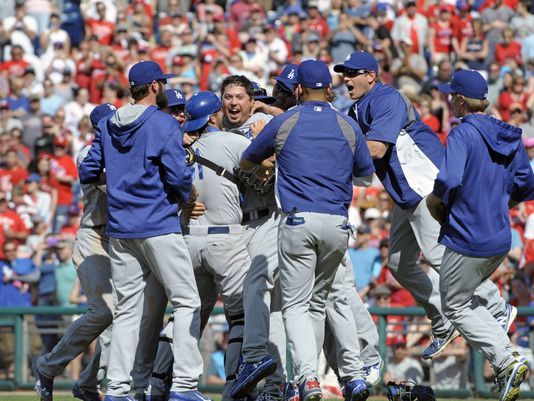 A.J. Ellis (second from right) said he sprained his right ankle immediately after this photo was taken, when he landed on Drew Butera’s catcher’s mask on the turf in Philadelphia. (Eric Hartline-USA TODAY Sports)

A.J. Ellis spoke in somber tones Monday as he described one of baseball’s all-time freak injuries. An old adage was certainly at play: It’s only funny if it doesn’t happen to you.

Ellis sprained his ankle Sunday while the Dodgers ran out to congratulate Josh Beckett for his no-hitter at Citizens Bank Park in Philadelphia. Ellis didn’t catch the game — Drew Butera did — but Ellis leaped and landed on Butera’s discarded catcher’s mask in the midst of the celebration.

“I knew right away it was more significant than other ankle rolls I’ve had in the past,” Ellis said. “I immediately came in, saw (Dodgers head athletic trainer) Stan Conte, got an x-ray which came back negative, treated it the entire flight home yesterday, and came in this morning.

“I woke up and called Stan this morning I didn’t think I would be able to play the next few days just because of the way I felt. Probably best for the club to get another catcher up here. So I’m beyond frustrated, still kind of shocked and just ready to get back in the rhythm of things, whenever that might be.”

The Dodgers recalled Tim Federowicz from Triple-A Albuquerque with Ellis on the 15-day disabled list. Ellis was scheduled to meet with team physician Dr. Neal ElAttrache to determine the severity of the injury and a timetable for recovery.
END_OF_DOCUMENT_TOKEN_TO_BE_REPLACED