SAN FRANCISCO — The Giants are playing for something today. The Dodgers, not so much.

You wouldn’t know that the Dodgers already know who they’ll play in the National League Division Series, and when and where, by the lineup card manager Dave Roberts filled out today: 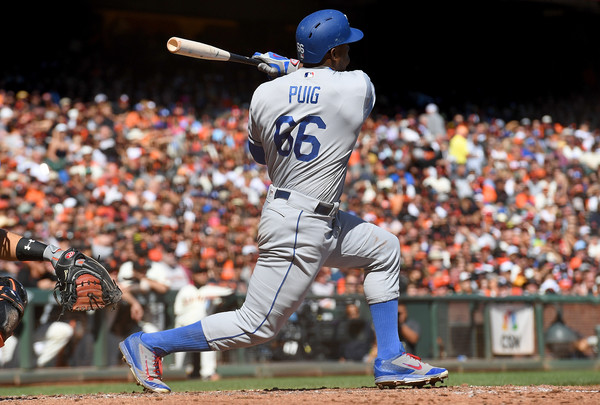 A single by Yasiel Puig was one of three hits the Dodgers mustered in eight innings against rookie left-hander Ty Blach. (Getty Images)

SAN FRANCISCO — The Dodgers will begin the postseason on the road after losing 3-0 to the Giants. The box score is here.

Vin Scully made a lasting impression on columnist Tom Hoffarth, then stuck to his retirement plan.

END_OF_DOCUMENT_TOKEN_TO_BE_REPLACED

SAN FRANCISCO — For the better part of the last five months, if Dave Roberts had Corey Seager and Justin Turner in the lineup, he had them batting in that order. Seager, then Turner.

Now, on back-to-back days on the final weekend of the season, the order has been reversed. Turner is batting second and Seager is third again Saturday against the Giants.

It’s an arrangement that could continue into October, Roberts said: 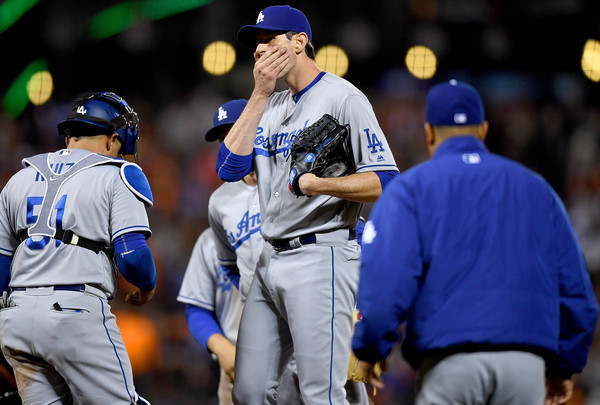 SAN FRANCISCO — Brandon McCarthy‘s odds of making the postseason roster as a reliever took a dive in the Dodgers’ 9-3 loss to the San Francisco Giants. The box score is here.

Dave Roberts is stressing the positives against left-handed pitchers.