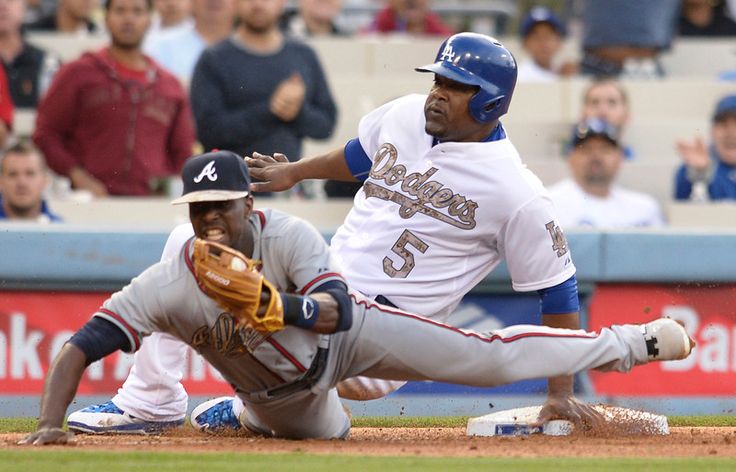 Check that. I can offer two more things:
END_OF_DOCUMENT_TOKEN_TO_BE_REPLACED

Dodgers third baseman Juan Uribe had an unusually large media contingent outside his locker Tuesday, which is what happens when you’re the subject of trade rumors.

Uribe addressed those rumors and his diminished role with the Dodgers:

The Dodgers and Atlanta Braves are discussing a trade that would send Juan Uribe to the Atlanta Braves for Alberto Callaspo, according to multiple reports Tuesday morning:

Sources: #Dodgers talking to #Braves about trade that would send Uribe to ATL for Callaspo. Lesser names also involved.

Dodgers and braves have deal of uribe for callaspo. Lesser names also in. @Ken_rosenthal 1st, says callaspo could reject

#Braves & #Dodgers were close to finalizing trade involving Callaspo & JUribe last night, as @Ken_Rosenthal reported, but not sure thing now

Sources: Callaspo rejected trade. Had right under CBA to say no to any deal before June 15 as a free agent who signed last off-season.

END_OF_DOCUMENT_TOKEN_TO_BE_REPLACED

Juan Uribe has started three of the Dodgers’ last 13 games at third base. Alex Guerrero is starting at third today, so it will soon become three of the last 14 for Uribe.

Uribe had a 13-game hitting streak from April 15 to May 4 that raised his slash line to .279/.318/.361 for the season. Since then Guerrero and Justin Turner have taken the majority of starts while Uribe has just two hits, both singles, in 19 at-bats. He’s gone from starting third baseman to “part of the mix” to, as manager Don Mattingly said Sunday, “eh, part of our club”: