Hyun-Jin Ryu is throwing and the writers are on the scene with their cell phones:

Some of the Dodgers’ position players are in camp one day early. That includes Justin Sellers, who this morning told reporters at Camelback Ranch that his recent arrest in West Sacramento was “a misunderstanding.” Sellers said he does not need to be present at his scheduled court date in March.

All the pitchers are in tow, including injured reliever Scott Elbert. The left-hander told reporters yesterday that he doesn’t expect to be back until May – not unexpected, since he had arthroscopic surgery on his left elbow Jan. 23 and Sept. 19, 2012. One catcher still hasn’t reported – non-roster invitee Eliezer Alfonso has been delayed by a family issue.

Some links for a Thursday morning:

END_OF_DOCUMENT_TOKEN_TO_BE_REPLACED 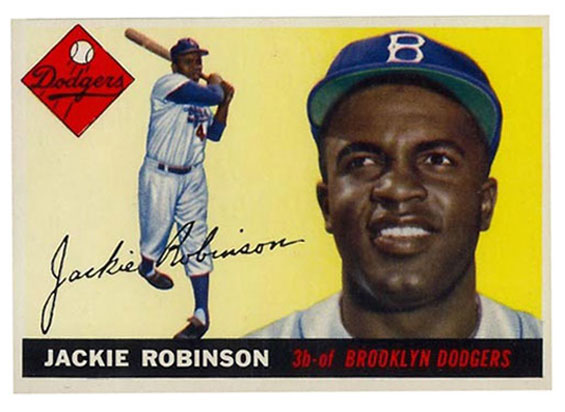 Colleague Brian Charles dug up the background story on Jackie Robinson’s “Google doodle” yesterday, and it’s an interesting one.

Turns out that Robinson, who was born 94 years ago yesterday, inspires the tech sector, too.

“By celebrating Jackie today, we’re hoping to spread his message of respecting each other as a human beings,” Mike Dutton, the artist who created the image, told Charles in an email Thursday. “Nobody else has changed the game quite as significantly — and with the same kind of poise and dignity in the face of adversity, no less — as Jackie Robinson.”

One more nugget from that story: John Singleton, the filmmaker and Pasadena City College graduate behind the forthcoming Robinson biopic “42”, has been approached by PCC about having an advanced screening of the movie in Pasadena.

Some casual links for a casual Friday:

END_OF_DOCUMENT_TOKEN_TO_BE_REPLACED

Justin Sellers’ arrest in West Sacramento last weekend made us wonder what the Southern California native was doing there in the first place, and just how bad his motorcycle excursion was in order to prompt an arrest.

This news report from CBS Sacramento provides some answers. Turns out that Sellers has a condominium in the city, and his motorcycle riding was bothering neighbors and scaring some kids. Judging by the cramped layout of the complex, you can see why. The local anchor could only conclude, “well, obviously Justin Sellers has issues he has to take care of.”

At least he didn’t get sprayed by a neighbor’s hose, like field reporter Anjali Hemphill and her cameraman: 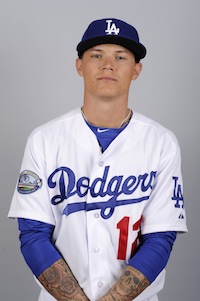 The 26-year-old was charged with one misdemeanor count each of reckless driving and evasion, and released by the Yolo County Sheriff’s Department late Saturday.

Some additional details from Sacramento-based KCRA.com:

Police said Justin Sellers was doing “wheelies” on his motorcycle in a neighborhood near Riva Drive. When officers tried to pull him over, police said Sellers took off.

After a short chase, Sellers turned himself in, authorities said.

West Sacramento police said they have had repeated reports of a motorcyclist driving recklessly in the same neighborhood for the past month.

Sellers batted .205 with one home run and two RBIs in 19 games last season. His year ended prematurely when he went sprawling into the seats to catch a foul ball at Dodger Stadium May 14; he injured his back on the play and ultimately had season-ending surgery.

Sellers is on the 40-man roster but was not expected to start the 2013 season in the majors, buried deep on the infield depth chart after the Dodgers acquired Hanley Ramirez, Adrian Gonzalez, Nick Punto and Skip Schumaker.

Justin Sellers became the latest addition as he took the place of Jerry Hairston Jr. on Friday. Hairston was in the starting lineup and Sellers was reduced to performing core exercises after an MRI Thursday revealed a slipped disc as well as a stress fracture in his lower back.

The injury is related to the head-over-heels catch Sellers made May 14 –but not entirely.

Falsone went on to explain that the stress fracture created an area of weakness that was exacerbated when Sellers tumbled into the stands. At first he reported back pain, then numbness down his right leg from the hip to the toe.

Both Sellers and Falsone were optimistic that he would only need the minimum 15 days on the disabled list, but “if it doesn’t get better, we might have to remove part of the disc,” Sellers said.

The infielder is hitting .205 with three doubles and a home run in a reserve role.