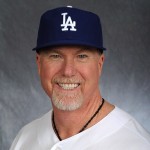 The Dodgers haven’t announced their coaching staff under Dave Roberts, who was named the new manager just yesterday, but it appears Mark McGwire won’t be on it.

McGwire is in line to be the next bench coach of the San Diego Padres, according to multiple reports. The Dodgers’ hitting coach the last three seasons, McGwire lives in Irvine. He came to Los Angeles from St. Louis so he could work closer to home. San Diego might be a longer commute, but at least it fits the Southern California bill.

Pitching coach Rick Honeycutt is returning for his 11th season with the Dodgers, according to multiple reports, though the team hasn’t confirmed this. Outside of Honeycutt, the staff could take on a very different look in 2016.

Update (10 p.m.): Erstad is out, and ESPN has scratched Gibson from the list on its original report.
END_OF_DOCUMENT_TOKEN_TO_BE_REPLACED

"So then Van Slyke took over the music and started playing Mozart!" – @redturn2 to @drewbutera, probably.

Happy Monday, everyone. Opening Day is a week away.

Here is the weekend in baseball news in case you missed it:
END_OF_DOCUMENT_TOKEN_TO_BE_REPLACED

The right-handed pitcher was listed on 91.1 percent of ballots, second only to Randy Johnson. Two others were elected, John Smoltz and Craig Biggio. It’s the first time three pitchers have been inducted to the Hall of Fame in the same year.

Former Dodgers catcher Mike Piazza was listed on 69.9 percent of ballots, short of the 75 percent needed for induction.

END_OF_DOCUMENT_TOKEN_TO_BE_REPLACED 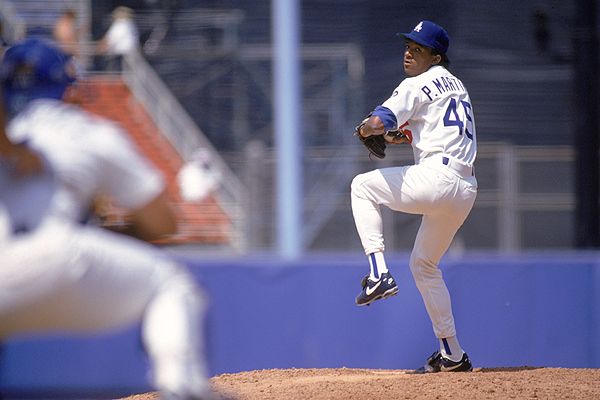 Pedro Martinez is on both the BBWAA and IBWAA Hall of Fame ballots for the first time. (Getty Images)

Tomorrow is the big day for the Hall of Fame class of 2015, as the Baseball Writers’ Association of America will announce its election results at 11 a.m. on MLB Network.

I did not receive a BBWAA ballot, since I don’t have the necessary 10 years’ experience required to vote in the Hall of Fame election.

I did, however, cast a ballot in the Internet Baseball Writers Association of America Hall of Fame election. Those results will also be announced tomorrow. The IBWAA, founded in 2009, has several members (like myself) who belong to the BBWAA as well. A few even cast ballots in both Hall of Fame elections.