Alex Guerrero could join the Dodgers in a utility infield role by the end of this season. (Associated Press photo)

SAN FRANCISCO >> Alex Guerrero‘s long road back from a vicious dugout fight in May has taken him back to Triple-A Albuquerque.

Guerrero’s rehab was transferred from Single-A Rancho Cucamonga today to Triple-A. The Isotopes are playing a game tonight in Reno, Nevada. It was in a game with Albuquerque that Guerrero had part of his left ear bitten off by Miguel Olivo in the visitors’ dugout in Salt Lake City.

“There’s a good chance had he not had the incident, he probably would’ve been here by now,” Dodgers general manager Ned Colletti said.

END_OF_DOCUMENT_TOKEN_TO_BE_REPLACED

Alex Guerrero went 1 for 2, with a double and a fly ball, and played two innings at second base in his first rehab game for Single-A Rancho Cucamonga.

The infielder is working back from a gruesome fight that cost him a portion of his left ear, bit off by then-teammate Miguel Olivo. Guerrero didn’t play for 51 days after the incident in a Triple-A game May 20. 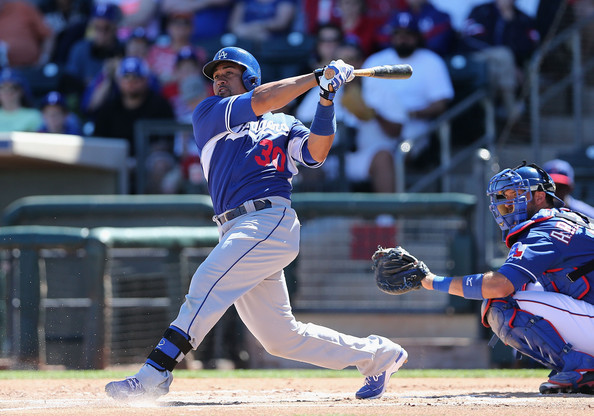 Miguel Olivo was released by the Dodgers on Thursday. (Getty Images)

The Dodgers released Miguel Olivo on Thursday, two days after the catcher slugged teammate Alex Guerrero and bit off a portion of his ear in the middle of a Triple-A game in Salt Lake City, Utah.

Olivo had been suspended by the Albuquerque Isotopes on Wednesday. The Dodgers have 39 players on their 40-man roster.

The 35-year-old was only added to the Dodgers’ 40-man roster in April after a somewhat tumultuous spring training. Olivo signed a minor-league deal with the Dodgers in January and received an invitation to the major-league camp. Despite batting .263 (5 for 19) in limited Cactus League playing time, Olivo was returned to the minor leagues as the Dodgers opted to keep three catchers (A.J. Ellis, Drew Butera and Tim Federowicz).

Olivo requested his release at the time but ultimately accepted an assignment to Albuquerque, where he batted .368 (28 for 76). After Ellis was placed on the disabled list and Federowicz struggled to hit major-league pitching, the Dodgers purchased Olivo’s contract May 1 and let him start six of the next 10 games.

But Olivo struggled to hit too. He struck out nine times in his last 13 at-bats while failing to collect a hit. When Ellis was activated from the disabled list May 14, Olivo was optioned back to Albuquerque. Tuesday marked Olivo’s fourth start since returning to the minors.
END_OF_DOCUMENT_TOKEN_TO_BE_REPLACED

Dodgers catcher A.J. Ellis returned to Los Angeles on Tuesday. He took batting practice in the afternoon along with Juan Uribe, separate from the rest of the club.

Though he looked healthy, the Dodgers will wait at least a day before activating the catcher from the 15-day disabled list.

Drew Butera is catching Josh Beckett and Miguel Olivo is serving as the backup. 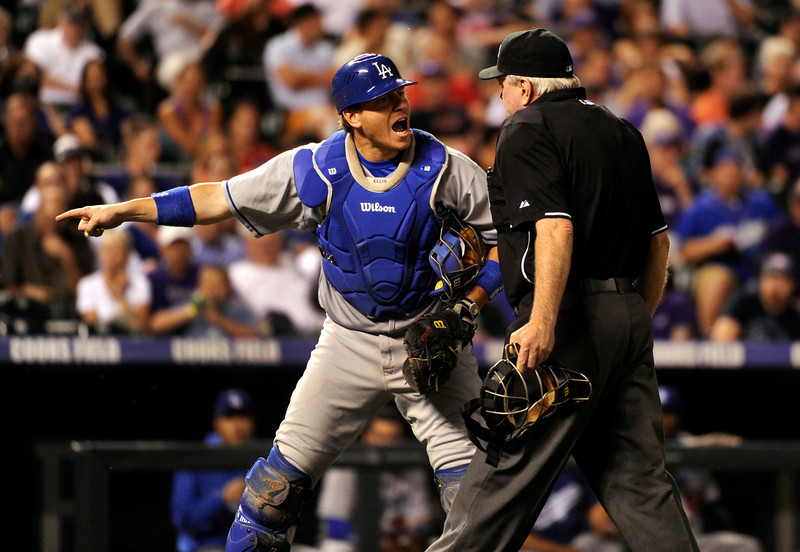 Some bullet points for an International Nurses Day:
END_OF_DOCUMENT_TOKEN_TO_BE_REPLACED