True story: My wife and I share a birthday. Same exact date, three hours apart to the minute.

Wednesday was our birthday. We didn’t get to spend the day together last year. This year, a simple dinner would do. So I told my editor months ago that I was booking a three-night stay at the Winter Meetings hotel, then taking off Wednesday night. Play it by ear Thursday.

I pulled out of San Diego with the Jimmy Rollins trade still simmering, not looking like it would be resolved Wednesday, and Dee Gordon and Dan Haren firmly about to become Marlins. Checked with sources, felt good about the story, filed it at a Starbucks in Temecula, barely caught wind of the Brandon McCarthy signing before I turned off my iPhone. Because no good husband would constantly check his iPhone looking at sports news or doing work stuff during the birthday dinner.

In case you missed it, this is how possibly the greatest one-day roster makeover in the history of the Dodgers franchise unfolded:
END_OF_DOCUMENT_TOKEN_TO_BE_REPLACED 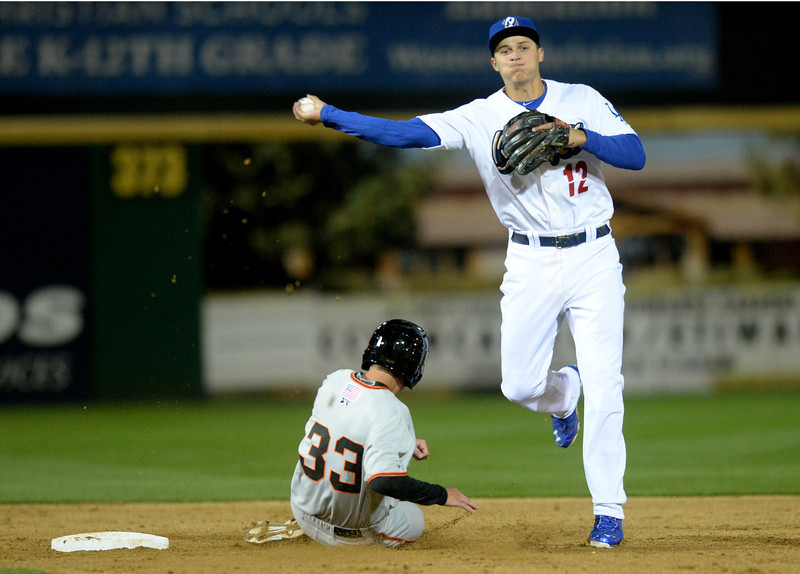 Corey Seager is expected to be in the Dodgers’ major-league camp when spring training begins. (Staff photo)

SAN DIEGO — I touched on the Dodgers’ pursuit of a shortstop in today’s Winter Meetings notebook, but general manager Farhan Zaidi offered more to say than I had room in print.

So, about Hanley Ramirez’s replacement …
END_OF_DOCUMENT_TOKEN_TO_BE_REPLACED 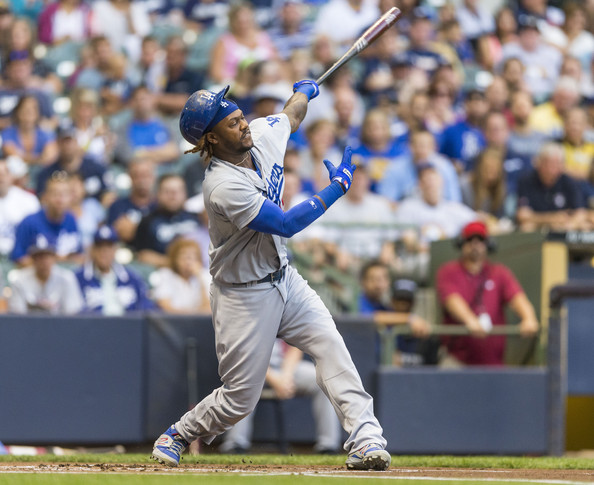 END_OF_DOCUMENT_TOKEN_TO_BE_REPLACED

Here is the complete roster:
END_OF_DOCUMENT_TOKEN_TO_BE_REPLACED

Of all the transactions the Dodgers made Monday, when rosters were allowed to expand past the previous 25-man limit, only one could be considered a surprise.

Infielder Carlos Triunfel, whom the Dodgers claimed off waivers from the Seattle Mariners in April, was designated for assignment.

By removing Triunfel from the 40-man roster, the Dodgers were able to add Joc Pederson to their 40-man roster. Pederson was joined by infielder Alex Guerrero, catcher Tim Federowicz and pitcher Yimi Garcia on the Albuquerque-to-Los Angeles express Monday. Infielders Miguel Rojas and Erisbel Arruebarrena and pitcher Carlos Frias are expected to arrive in the Dodgers’ clubhouse tomorrow.

Pederson and Garcia will be making their major-league debuts.