The Oakland A’s claimed Nick Tepesch off waivers on Monday, two days after the right-handed pitcher was designated for assignment by the Dodgers.

The Dodgers didn’t have Tepesch very long. He was claimed off waivers by the Texas Rangers earlier this month, then rushed to the major leagues last Friday when the Dodgers ran short on starting pitchers. Tepesch allowed five runs in his only start and took the loss to the Pittsburgh Pirates. He was DFA’d one day later.

Though predictable, Tepesch’s departure creates a hole on the depth chart at the Triple-A level. The Dodgers might seek to address that need externally in the coming days. 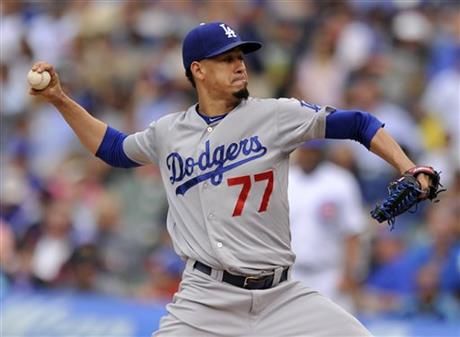 Roberts did say the team is looking internally and that a bullpen game is unlikely:
END_OF_DOCUMENT_TOKEN_TO_BE_REPLACED 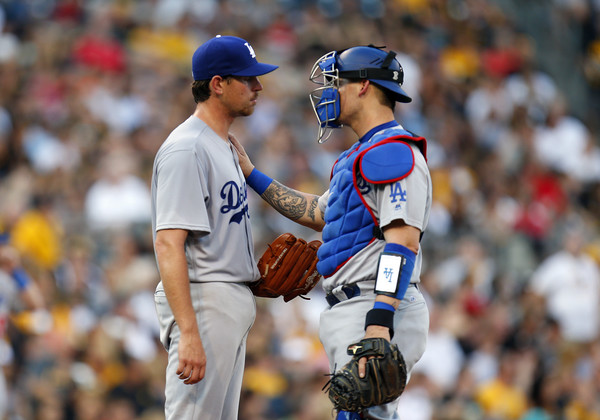 END_OF_DOCUMENT_TOKEN_TO_BE_REPLACED

Nick Tepesch meets with Yasmani Grandal during the Pittsburgh Pirates’ 8-6 win over the Dodgers on Friday. (Getty Images)

PITTSBURGH — Spot starter Nick Tepesch and the Dodgers’ strained bullpen could not sustain a six-game winning streak despite 13 hits in an 8-6 loss to the Pirates. The box score is here.

Andrew Friedman said that Frankie Montas has a chance to return this season from a stress reaction in his rib.

Here’s what they were saying after tonight’s game:
END_OF_DOCUMENT_TOKEN_TO_BE_REPLACED 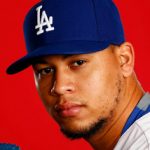 PITTSBURGH — Dodgers pitcher Frankie Montas, who missed the first six weeks of the regular season while recovering from off-season rib surgery, has an injury to his second rib and won’t pitch for four to eight weeks. The news was first reported by Ken Rosenthal of FoxSports.com.

Montas, 23, last pitched at Triple-A on June 15. He has a 2.38 earned-run average in four games (three starts) for the Oklahoma City Dodgers in 11 ⅓ innings.