Andrew Toles is one of two Dodgers who will appear on their first opening day roster today. (Hans Gutknecht/Staff photographer)

Toles is leading off against the San Diego Padres in the first game of the season for both teams.

“We like Andrew in the batter’s box against right-handed pitchers,” Dodgers manager Dave Roberts said. “To get at-bats in there, the speed element, and have Corey (Seager) behind him — also, just to have Logan (Forsythe) somewhere in the middle to break up Adrian (Gonzalez), Joc (Pederson) and Yasmani (Grandal), there’s a lot of similarities with those guys. To have a right-handed grinder-type bat in the middle, it also sandwiches Adrian around two right-handed bats. Strategically it could be a benefit for us.”

END_OF_DOCUMENT_TOKEN_TO_BE_REPLACED 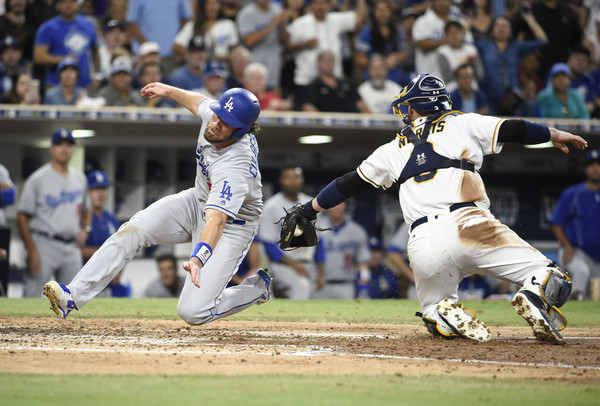 Charlie Culberson avoids a tag at home plate in the sixth inning of the Dodgers’ 9-4 win over the San Diego Padres on Thursday. (Getty Images)

SAN DIEGO — The Dodgers moved over .500 for the season against left-handed starters and continued experimenting with possible postseason roles in a 9-4 win over the Padres. The box score is here.

Julio Urias‘ Triple-A pitching coach explained why the rookie’s career-high innings total might not be as large as it seems. 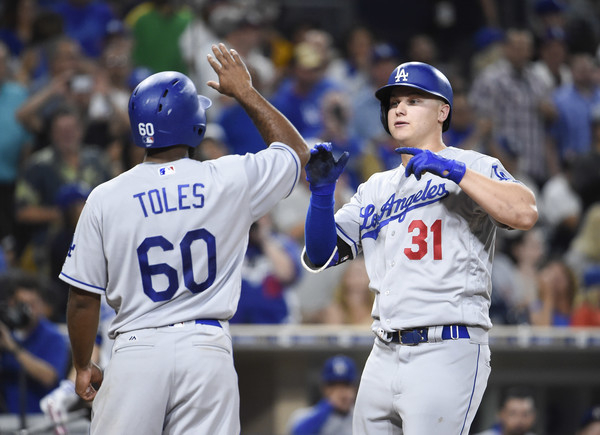 Here’s what else they were saying after the game:
END_OF_DOCUMENT_TOKEN_TO_BE_REPLACED

END_OF_DOCUMENT_TOKEN_TO_BE_REPLACED 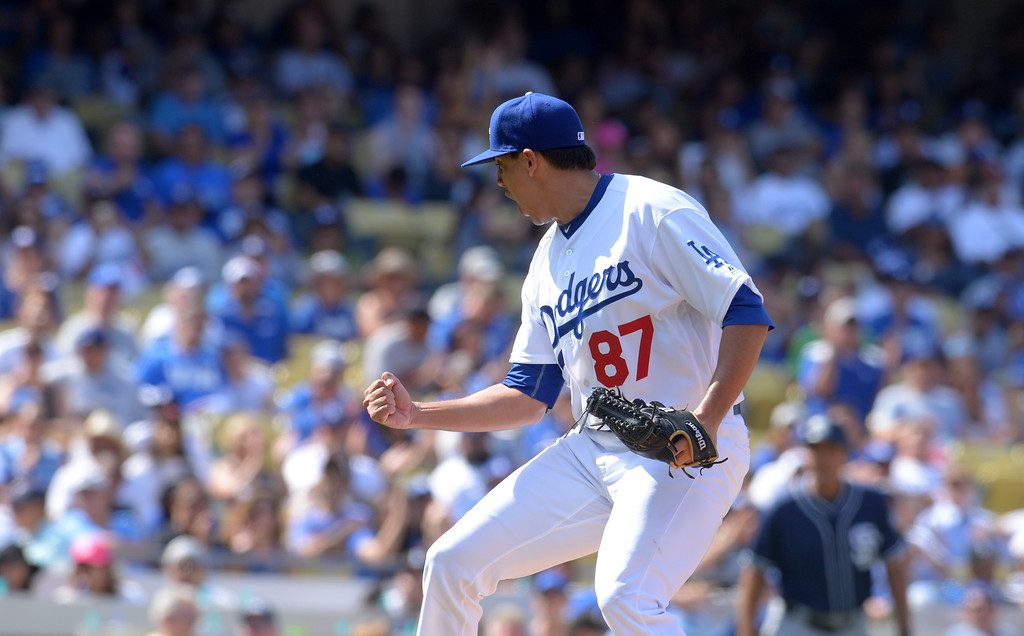 Jose De Leon became the latest rookie to keep the Dodgers’ engine going, beating the Padres in his major league debut. The box score is here. The photo gallery is here.