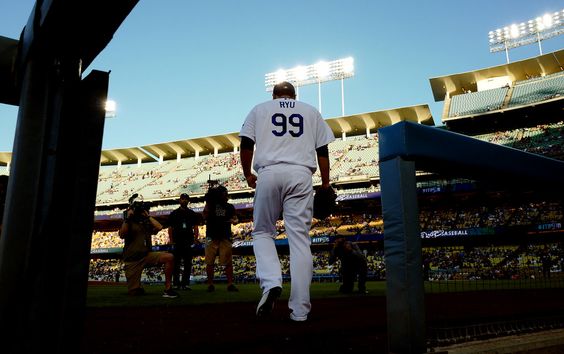 Hyun-Jin Ryu’s debut effort did not resemble his routinely stellar performances of 2013 and 2014 in a 6-0 loss to the San Diego Padres. (Keith Birmingham/Staff photographer)

The Dodgers are still waiting for the Hyun-Jin Ryu of 2013 and 2014 after his 2016 debut, a 6-0 loss to the San Diego Padres on Thursday. Columnist Mark Whicker isn’t buying the Dodgers’ optimism over Ryu’s return.

Pitching prospect Josh Sborz finds himself in a no-win situation of sorts.

What they were saying postgame:
END_OF_DOCUMENT_TOKEN_TO_BE_REPLACED 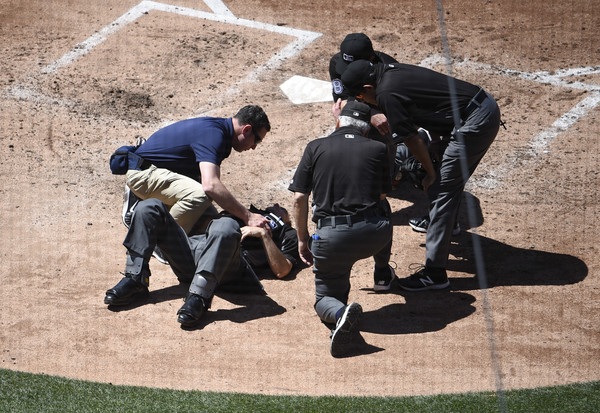 Umpire David Rackley is treated after he was hit with a ball during the fifth inning Sunday. He did not return to the game. (Getty Images)

SAN DIEGO — The Dodgers rallied for four runs in the 17th inning — yes, the 17th — to beat the Padres 9-5. It was their longest game since a 17-inning win over the Padres in April 2007, also at Petco Park. The box score is here.

The Dodgers are shifting less with Clayton Kershaw on the mound compared to their other pitchers. Kershaw starts tomorrow.

Here’s what manager Dave Roberts said after the game:
END_OF_DOCUMENT_TOKEN_TO_BE_REPLACED 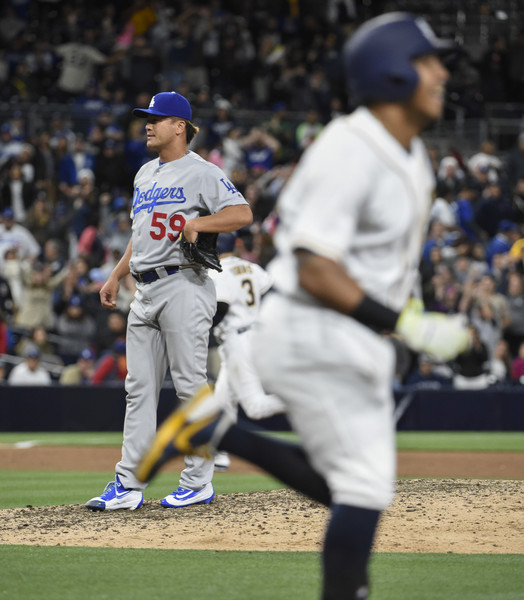 Dodgers pitcher Chin-Hui Tsao suffered his first loss of the season Saturday in his second game since being recalled from Triple-A. (Getty Images)

SAN DIEGO — The San Diego Padres beat the Dodgers in their final plate appearance for the second straight day, this time on a walk-off walk issued by Chin-Hui Tsao with the bases loaded in the 11th inning. The box score is here.

Yasiel Puig is nothing if not aware of his problem in the batter’s box.

Here’s what the Dodgers were saying after the game:
END_OF_DOCUMENT_TOKEN_TO_BE_REPLACED 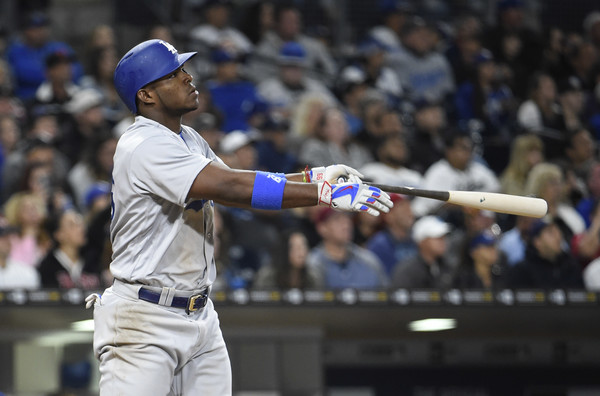 The San Diego Padres hit the last of five home runs Friday, a walk-off shot by Melvin Upton Jr. against Kenley Jansen, in an 8-7 win over the Dodgers. The box score is here.

The Dodgers are 21-22, 3 ½ games behind the first-place San Francisco Giants. Jansen isn’t the problem, but they’ll carry eight men in their bullpen for another five games after today anyway.

END_OF_DOCUMENT_TOKEN_TO_BE_REPLACED 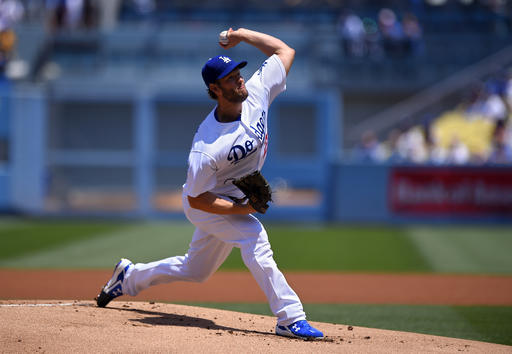 Clayton Kershaw struck out 14 batters and didn’t allow a run in throwing his first complete game of the season Sunday. (Associated Press photo)

The Dodgers’ losing streak ended at six games and Clayton Kershaw made all the difference. The left-hander tossed his first complete game of the season and drove in the only run in a 1-0 win over the San Diego Padres. The game story is here. The box score is here.

Yasiel Puig is optimistic he can work his way out of his current slump.