Dodgers pitcher Brett Anderson was removed one inning into his first start of the season Sunday.

Anderson allowed a two-run home run by Jordy Mercer and a three-run blast by Sean Rodriguez, and left with the Dodgers trailing the Pittsburgh Pirates 5-0.

Anderson had not pitched this season while recovering from surgery to repair a herniated disc in his lower back. He threw 30 pitches in a first inning that lasted 17 minutes.
END_OF_DOCUMENT_TOKEN_TO_BE_REPLACED

The Dodgers issued 11 walks and still beat the Pittsburgh Pirates 8-4 on Saturday. The box score is here.

Rich Hill will make a rehab start Monday before he can rejoin the Dodgers’ rotation. 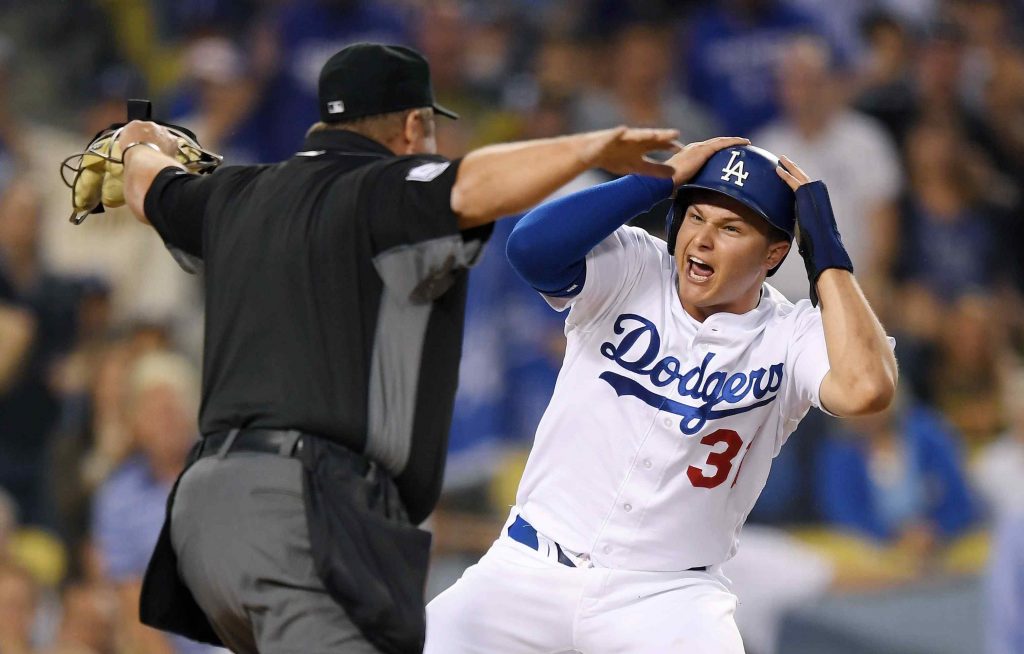 Joc Pederson reacts to being called safe in the Dodgers’ 5-1 loss to the Pittsburgh Pirates on Friday. (Associated Press photo)

The Dodgers reversed the script, getting a long start from Ross Stripling and little help from their lineup, in a 5-1 loss to the Pittsburgh Pirates. The box score is here.

Brandon McCarthy and Brett Anderson are starting this weekend. 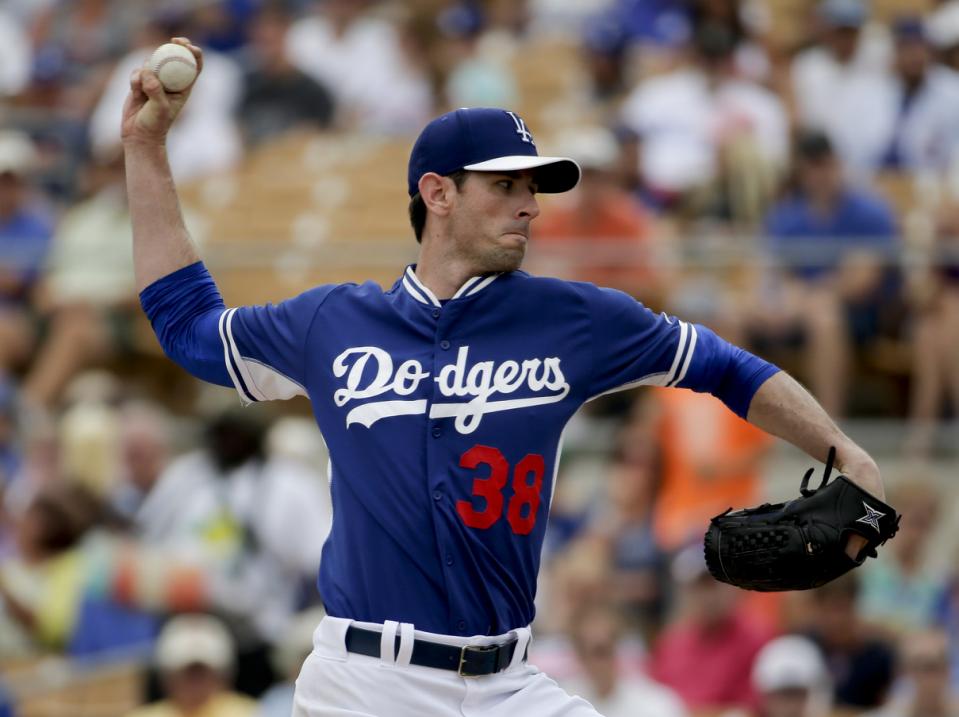 He found it in the Dodger Stadium bullpen, which doesn’t count the same as finding it in a game. On Sunday, McCarthy’s four-seam fastball was “a disappearing mess,” and he walked five batters in only 3 ⅔ innings against the Boston Red Sox.

But the veteran right-hander was encouraged enough by his bullpen session to keep his name penciled in for Saturday’s starting assignment against the Pittsburgh Pirates. Dodgers pitching coach Rick Honeycutt watched McCarthy throw. Even though McCarthy threw comfortably, they still haven’t diagnosed the root of his release-point issue.

“It’s something within the throw there at the end that has been hit or miss,” Honeycutt said. “Just got to figure that part out and hope it’s not nerve-related or something.”

McCarthy might end up throwing another bullpen Thursday at Dodger Stadium, an off-day for the club.
END_OF_DOCUMENT_TOKEN_TO_BE_REPLACED 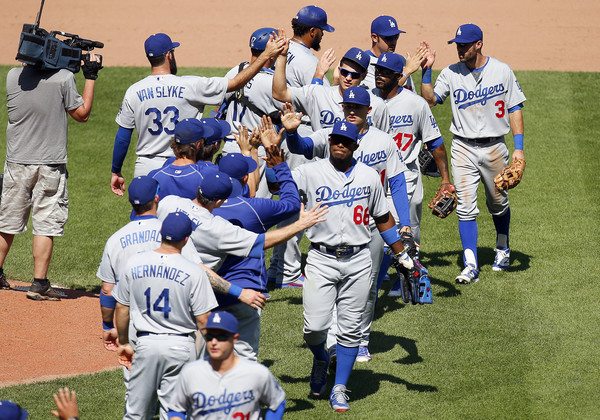 The Dodgers celebrate their 5-4 win over the Pittsburgh Pirates on Monday at PNC Park. (Getty Images)

PITTSBURGH — The Dodgers dug themselves an early 4-run deficit against the Pirates for the second consecutive day Monday. This time they came from behind to win, 5-4. The box score is here.

Adrian Gonzalez gave himself an extra day on the bench this weekend — then singled as a late-game replacement.

Pirates ace Gerrit Cole, a star at UCLA and Orange Lutheran, doesn’t sound like a man who intends to pitch in Southern California again anytime soon.

Here’s what they were saying after the game:
END_OF_DOCUMENT_TOKEN_TO_BE_REPLACED