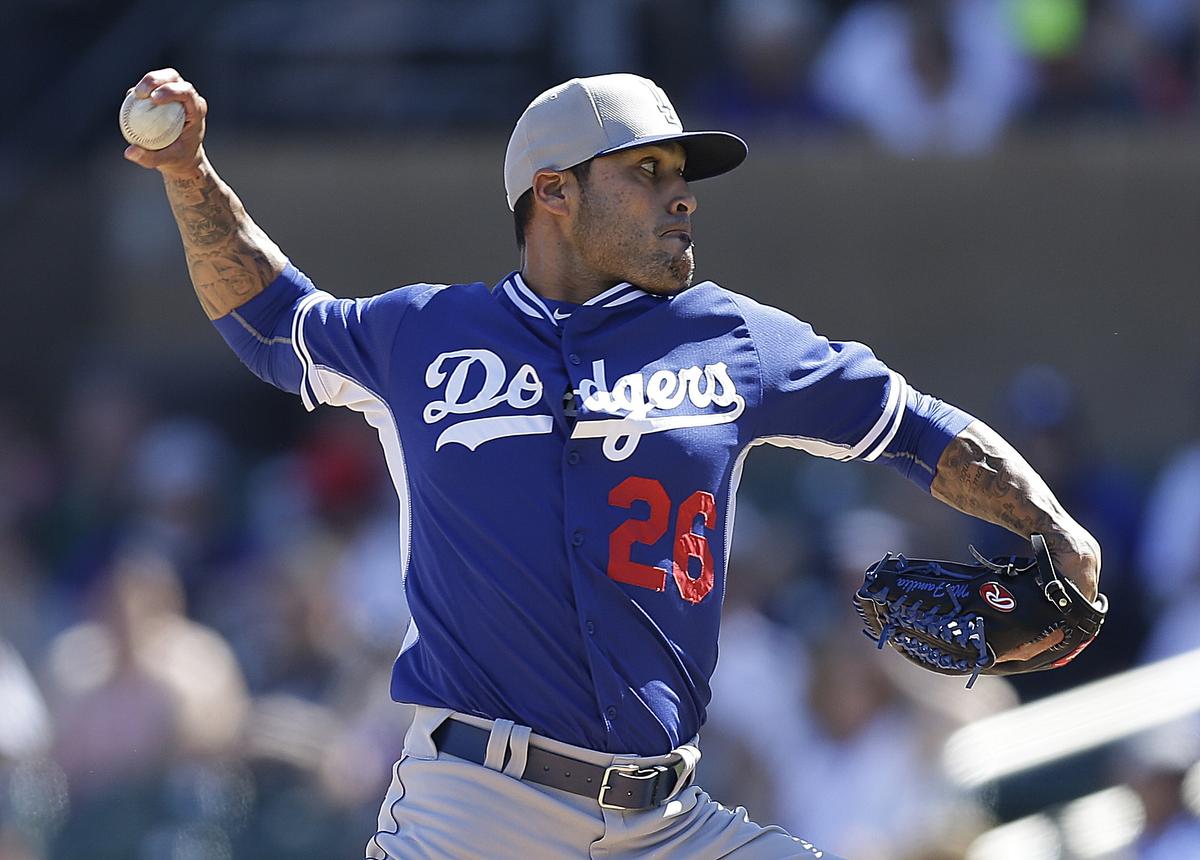 This is Part 41 of a series in which every member of the 2015 Dodgers has his season juxtaposed with an episode of the greatest sitcom of all-time. Don’t take it too seriously.

Key quote: “They must be throwing it out. This stuff belongs in the Smithsonian!”

END_OF_DOCUMENT_TOKEN_TO_BE_REPLACED

David Huff and Sergio Santos were both outrighted to Triple-A Oklahoma City after clearing waivers. Huff accepted the assignment and Santos did not, electing instead to become a free agent.

Huff, a 30-year-old left-hander, has appeared in six games (two starts) at Triple-A and three games (one start) for the Dodgers this season.

SAN DIEGO — Prior to tonight’s game against the Padres, Dodgers manager Don Mattingly discussed the addition of relief pitcher Sergio Santos to the bullpen for the weekend: 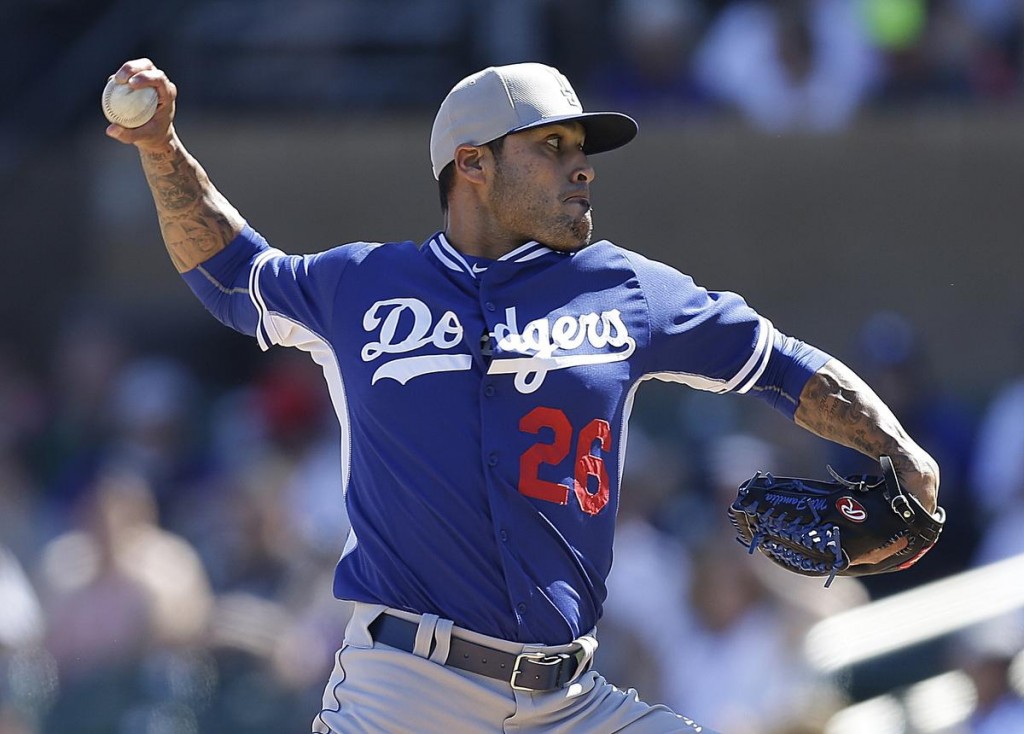 Sergio Santos was able to opt out of his minor-league contract with the Dodgers May 1. (Associated Press photo)

SAN DIEGO — Xavier Cedeno, like Daniel Corcino, Ryan Dennick, Ryan Webb and David Huff before him, did not last long on the Dodgers’ 40-man roster. Cedeno, whom the Dodgers acquired from the Washington Nationals for cash considerations Wednesday, was designated for assignment Friday.

Sergio Santos has a fairly easy act to follow.

Santos, the veteran right-hander from Hacienda Heights, was added to the Dodgers’ 40-man roster and was brought up for tonight’s game against the Padres. He’ll wear number 26 and should be a fairly attractive bullpen option for Don Mattingly tonight. The Dodgers’ other relievers threw 10 ⅓ innings during the three-game series against the Giants that concluded Thursday, losing two games and blowing one save.

Mike Bolsinger, who started Thursday, was optioned to Triple-A Oklahoma City to make room for Santos on the 25-man roster. The Dodgers will carry eight relievers tonight and likely tomorrow, until they need a fifth starter to fill the “TBA” slot listed next to Sunday’s game in San Diego.
END_OF_DOCUMENT_TOKEN_TO_BE_REPLACED

Frias learned Wednesday morning that he had been recalled to take the roster spot of pitcher David Huff, who was designated for assignment after Tuesday’s game. He flew from Oklahoma City to Los Angeles and did not arrive until 4:30 p.m. He wasn’t able to stretch with his teammates on the field.

Thursday, Frias was optioned back to Triple-A.