It took a while, but we can report the final terms of the trade sending Matt Kemp to the San Diego Padres.

It’s probably not fair to judge this move in a vacuum, but that’s how Matt Kemp has been judged for the last eight seasons. So judge away: 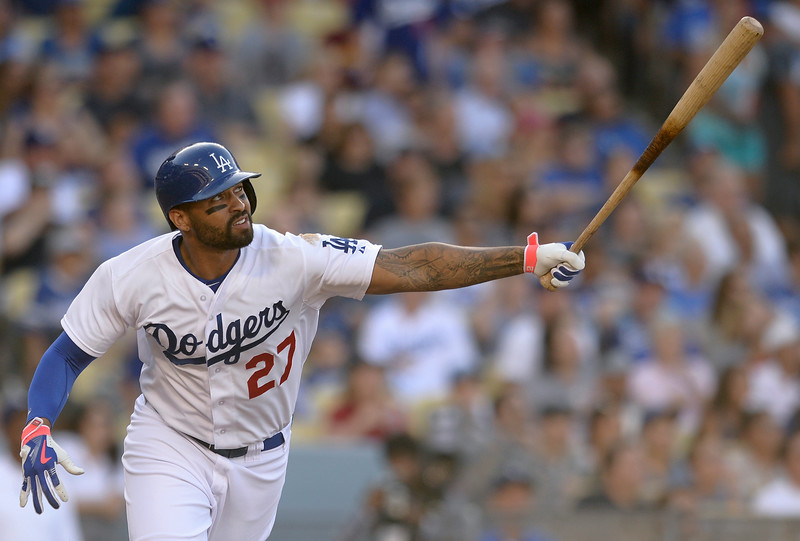 The Dodgers continued a furious Winter Meetings trade spree Thursday morning by dealing Matt Kemp to the San Diego Padres. Kemp, a star outfielder and the Dodgers’ longest tenured player, has been informed of the trade, which has not been announced by either team because it is still pending approval from the league.

Soon, Kemp will be heading south along with catcher Tim Federowicz in exchange for catcher Yasmani Grandal, pitcher Joe Wieland and pitcher Zach Eflin, according to multiple reports. 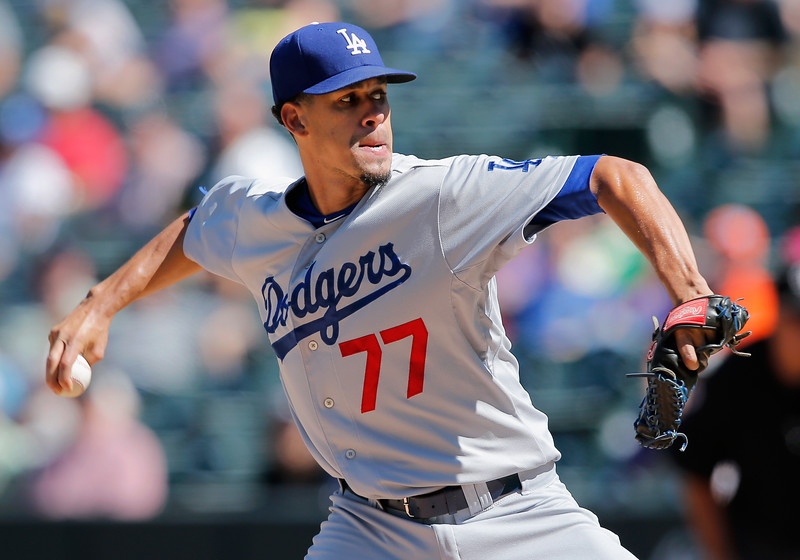 Carlos Frias could be on the bubble for one of the Dodgers’ final NLDS roster spots. (Photo by Doug Pensinger/Getty Images)

The Dodgers are “probably 99, 98 percent where we want to be” in deciding their roster for the National League Division Series, manager Don Mattingly said Thursday afternoon. The St. Louis Cardinals announced their roster earlier Thursday. Rosters are due to MLB tomorrow morning, and the Dodgers must winnow their manpower from 37 to 25.

Some decisions were made Tuesday, when five players were given permission to return either to their off-season home or the Dodgers’ spring training facility in Arizona.

A few more decisions have been made in the last 48 hours:
END_OF_DOCUMENT_TOKEN_TO_BE_REPLACED

In a sense, it’s the antithesis of a low-pressure scenario: The rubber match of a three-game September series against the best team (by record) in the National League.

“You’re not looking at him to be Kershaw and go 8 or 9 (innings),” Dodgers manager Don Mattingly said. “I think that we’re looking for him to give us a quality start, get us through the lineup a couple times hopefully and see where we’re at.”

Frias has allowed nine runs in 14 ⅓ innings this season, all in relief, for a 5.65 ERA. Already in his brief major-league career he’s thrown six pitches (fastball, sinker, cutter, changeup, slider, curveball) and that typically plays better for a starter than a reliever.

Not coincidentally, Tim Federowicz is starting at catcher for the first time since June 12. Federowicz caught Frias so often in Triple-A Albuquerque this season, he joked that he’s practically Frias’ “personal catcher.”

“He’s been going six or seven innings every start,” Federowicz said. “I’ll get him there.”

Just a reminder: The game begins at noon on SportsNet LA and MLB Network (outside the SNLA markets).