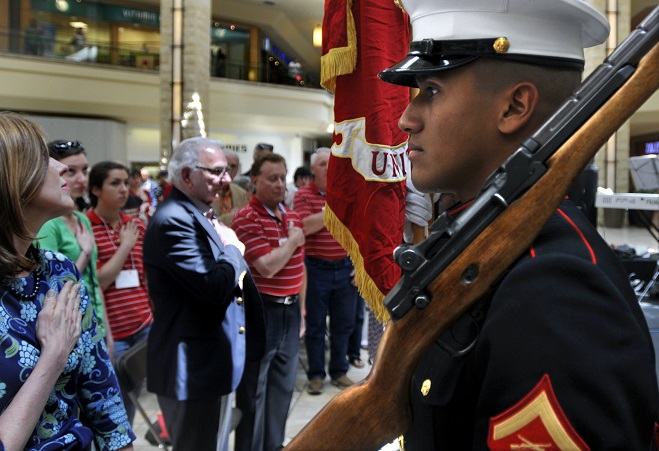 Puente Hills Concerts in the Park held its fifth annual Memorial Day concert on Sunday in the Puente Hills Mall. The Society for the Preservation of Big Bands performed for area residents.

This year’s guest of honor was retired Air Force Colonel Kenneth Hughey, a pilot shot down over North Vietnam on July 6, 1967. Hughey was taken as a prisoner of war and transferred between four prisons over the next six years. He spent 14 months in a one-man cell in the infamous Hanoi Hilton, including five months in complete isolation.