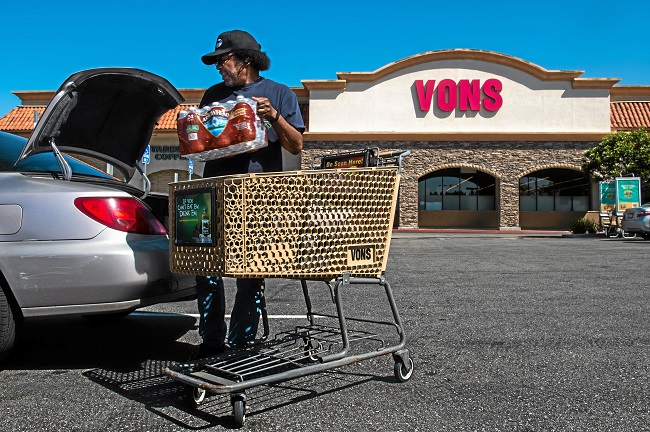 The name Haggen might not ring a bell with Southland consumers now. But it soon will because the Bellingham, Wash. -based supermarket chain is about to open 83 California locations in stores that have been operating as either Albertsons or Vons.

Haggen Inc.’s entry into the California grocery industry came about through the merger of Albertsons and Safeway. Cerberus Capital Management, the private investment company that owns Albertsons, received approval from the Federal Trade Commission in January to buy Safeway (Vons’ parent company) for about $9.2 billion.

In order to comply with antitrust laws that seek to preserve a competitive marketplace, Albertsons and Safeway had to shed a total of 168 stores. Haggen is one of four buyers approved by the FTC to purchase the stores and it’s getting the lion’s share — 146 of them.