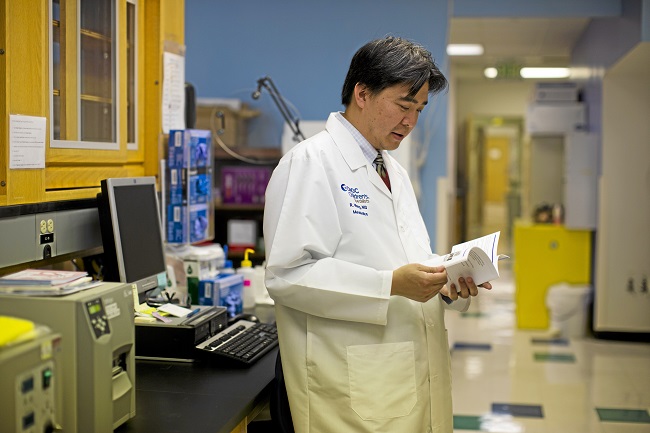 Parents will do anything for their children. But sometimes, they face staggering odds when a child becomes sick with cancer or another disease. 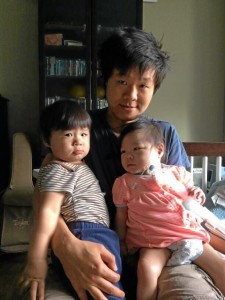 Galya, right, with her twin brother Ezra and father Brian Chan in their Diamond Bar Home.

Caris and Brian Chan of Diamond Bar tried to have children for 10 years. Finally, they got the wonderful news that they were expecting after a successful in vitro fertilization.

“Then the doctors noted another mass growing and discovered we were having twins,” Brian Chan recalled. “But the second baby always seemed a week behind in its development.”

Finally, the twins were born premature, a boy, Ezra, weighing 3 pounds while his sister, Galya, weighed only 2 pounds. Ezra grew hale and hearty, while Galya began ill with a unknown illness.

“She kept getting worse and worse, her liver became so enlarged that it looked like she was pregnant,” the software engineer remembered. “And Galya was yellow from severe jaundice.”

Thus began a medical mystery that took months of intensive care. Galya was taken to the UCLA Medical Center, where doctors performed a liver biopsy and began genetic testing.

“I remember riding with her in three ambulances over one 24-hour period,” Chan said.

Then, the 2-year-old was admitted to Children’s Hospital of Orange County. Genetic tests revealed a devastating rare condition called Niemann Pick C. The couple also learned there was no treatment for the disease.

“The diagnosis is horrible, but it’s better to know than to not know,” Chan said.