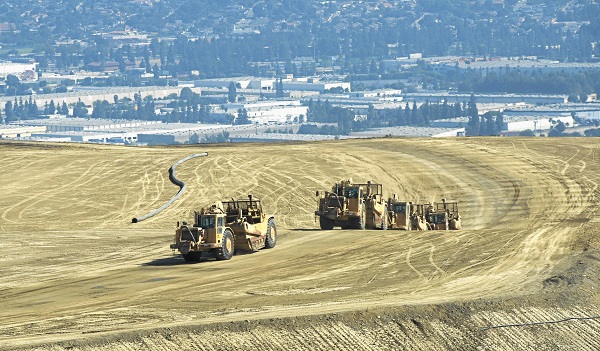 Patricia Mitchell cannot vote in the United States, but the Topanga Canyon resident from England will be assisting voters casting ballots as a poll worker in the statewide primary election on June 3.

With a state Assembly bill allowing permanent legal residents to serve as poll workers in effect since January, Los Angeles County election officials are hopeful that this sizable demographic will help fill “an urgent need” at polling stations throughout the county.

“I want to vote as soon as I’m a citizen,” Mitchell, a 52-year-old life coach who will be eligible to apply for citizenship by the end of the year, said during a training session for poll worker clerks in Calabasas on Wednesday. “I just thought it was a perfect opportunity to understand the system more.”

Officials have reached out to various community groups to make sure they are aware of the change in the law, which significantly expands the pool of people who can be tapped to serve and provide language assistance at the polls, said Efrain Escobedo, government affairs manager for the Los Angeles County Registrar of Voters.

With the county about 1,250 poll workers still short as of Wednesday, election officials have also turned to new methods of recruitment — from automated telephone calls, to emails, to asking cities to recruit their own employees — to try to plug the gap. The automated calls and emails have been going out to registered voters in specific communities where the need is greatest, Escobedo said.

“People don’t want to volunteer or don’t find it important enough to volunteer, so we’re amplifying our efforts, trying to reach out through different methods,” Escobedo said. “If they’re not answering their phone, let’s send them an email.”

This past weekend, we had yet another reminder of the need to have a plan and be prepared in the event of an emergency.  The 5.1 earthquake near La Habra fortunately did not result in major damages.  Like many of you, we had items fall from shelves at my house, but luckily no one was hurt.

The County has a detailed plan in place and our emergency responders train frequently.  But the reality is that if something major happened, they could not be everywhere.  That is why it is so important that families are prepared and neighbors look after each other.

Of course we all KNOW we should be prepared and we talk about having a plan and emergency needs set up, but too often busy lives get in the way and it just doesn’t happen.

I encourage you to set aside some time to prepare.  The County has tons of resources to help you, from signing up for notifications, to brief checklists or what to do if you have special needs.  Please take the time to learn more here: http://www.espfocus.org/

Have a great week.

“It’s been a long time coming and a lot of hard work by the entire community and the county,” said Beth Hojnacke, president of Rowland Heights Community Coordinating Council.

The project will finally give Rowland Heights the civic center that it has been lacking all these years. And what a center it will be, as designed by Gonzalez Goodale Architects in Pasadena.

The 19,500-square-foot one-story buildings will sit on the lower section of popular Pathfinder Park.

Department of Animal Care and Control officers will be in the city of Walnut beginning March 20 for three weeks, checking for current rabies vaccinations and ensuring residents are in compliance with licensing requirements.

Residents not in compliance will be subject to license fees and delinquency charges, including a $40 field enforcement fee, to offset the cost of the Department’s field services. Print animal license applications online atanimalcare.lacounty.gov, or by visiting a local County animal care center. Valid licenses can be renewed online.

The Los Angeles County Board of Supervisors on Tuesday postponed action on a stormwater- cleanup fee after an overwhelming majority of speakers representing cities, school districts, businesses and property owners expressed opposition to the measure and the way it was presented.

The supervisors voted 3-2 to redraft the measure to include a sunset clause, a list of projects and the possibility of placing it on a general ballot before the entire electorate, instead of only sending property owners a mail-in ballot.

Taxpayers can continue commenting on the proposed measure for another 60 days. The next hearing before the supervisors is tentatively slated for March 12. So far, the county has received 96,349 written protests, about 4.3 percent. It needed 50 percent or more to stop the process.