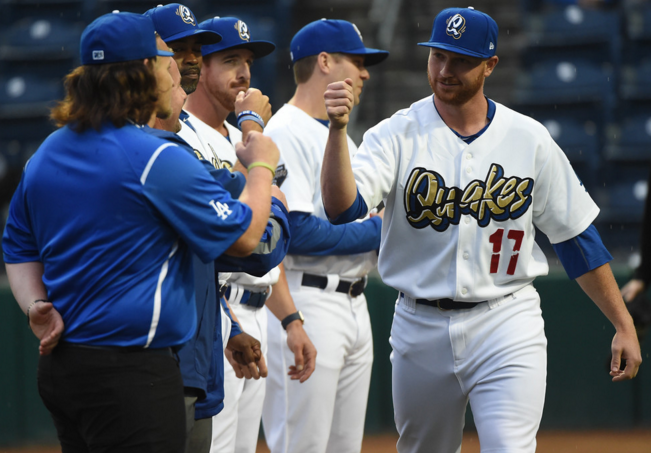 The Los Angeles Dodgers’ prospect went 4 for 5 with three home runs and six RBIs for the Quakes.

Rancho Cucamonga remain in a tie at the top of the league standings with the High Desert Mavericks, who defeated the Inland Empire 66ers, 4-1, on the road.