Skip to primary content
Skip to secondary content
Randy Betten of the Cal Poly Pomona Broncos was named the CCAA Baseball Coach of the Year during the pre-tournament banquet held in Stockton. 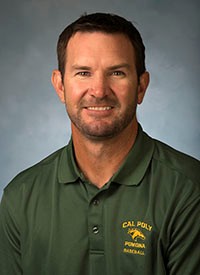