Here’s what Kings defenseman Alec Martinez said after a strange play in which he appeared to score only to have the puck bounce back to him before he sent it back into the Colorado Avalanche on Saturday: “I thought the first one went in, but I looked at the ref and he was shaking his head and so I just tried to put it in again just for good measure.”

The Kings’ victory over the New York Rangers in the Stanley Cup Final last June was named the top moment in sports in Los Angeles for 2014 at the 10th annual L.A. Sports Awards on Sunday at The Beverley Hilton Hotel. The Kings’ game against the Ducks at Dodger Stadium, the first NHL game played outdoors in California, was selected as the eighth-best moment. Prime Ticket will air the awards show March 25 at 7:30 p.m., and it will have multiple showings on ensuing days. Check your local listings, as the saying goes.

The Kings signed physical forward Kyle Clifford to a five-year contract extension worth an average of $1.6 million per season. Clifford, 24, has 58 points and 462 penalty minutes in 333 games in the NHL. He has 10 points, including three goals, and 66 penalty minutes in 57 games this season. Clifford assisted on Alec Martinez’s Stanley Cup-winning goal in Game 5 of the Final last June. He is the second Kings forward in two days to sign an extension following Jordan Nolan, who signed a new three-season deal worth an average of $950,000. 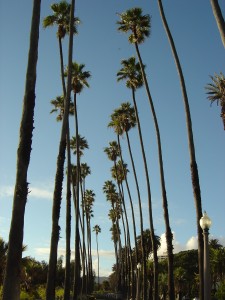 Here are a few odds and ends from Wednesday’s practice, the Kings’ first since returning to the sun and warm temps after their dreary trip …

The Kings will honor former coach Barry Melrose as part of their Legends Night Series before Thursday’s game against Calgary. Melrose coached the Kings from 1992-95, guiding them to their first Stanley Cup Final appearance in 1993. …

Jeff Carter didn’t practice with the Kings in order to attend the funeral of his grandfather. Coach Darryl Sutter said Carter would return to the team in time for tonight’s game against the Flames, “weather pending.” …

Defenseman Alec Martinez continues to be termed day-to-day after suffering a concussion. Wednesday was not his day, however. He did not skate with his teammates, and he’s not expected to play against the Flames. …

Defenseman Alec Martinez is said to be day-to-day because of concussion-like symptoms after he took a hard hit Saturday. The Kings ended a three-game losing streak with a 4-2 victory Saturday over the then-Eastern Conference-leading Tampa Bay Lightning, the fourth stop on their five-game trip. Martinez was injured in the first period. A victory today over the Blue Jackets would enable them to salvage their trip and give them back-to-back road wins for the first time since defeating the Minnesota Wild on Nov. 26 and then the Phoenix Coyotes on Dec. 4. The Kings are 22-18-12 overall, but 6-12-6 on the road after ending a four-game losing streak away from Staples Center on Saturday. Only the lowly Buffalo Sabres and Edmonton Oilers, with five apiece, had fewer road victories at the start of business Sunday. Defenseman Drew Doughty scored his first goal in 14 games Saturday. Justin Williams scored twice against the Lightning, ending a seven-game drought without a point. The Blue Jackets are 23-25-3, and will welcome Marian Gaborik back to Columbus for the first time since trading him to the Kings last March.

Remember this? The New York Rangers certainly do. They face the Kings on Thursday at Staples Center for the first time since Alec Martinez’s goal in double-overtime sent the Rangers home without the Stanley Cup. The Rangers begin a three-game trip to California on Wednesday against the Ducks in Anaheim. Their minds were focused on the Kings and a return to Staples Center, however.

“I think it will always be in the back of the memory,” New York’s Rick Nash told Rangers beat reporters the other day. “I think the rest of your life, whenever you say L.A., that memory will come up. But in saying that, it’s a new season, so it doesn’t really matter what happened last season.”