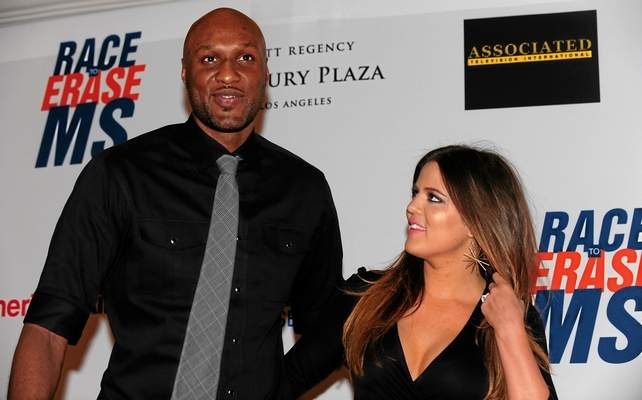 For someone whose life plays out on reality television, Clippers forward Lamar Odom has caught the attention of gossip magazines on matters that may or may not be true.

TMZ reported that Odom has gone missing for the past 72 hours after having a dispute with his wife, Khloe Kardashian, and struggling with an apparent two-year drug addiction. Odom’s agent, Jeff Schwartz, told ESPN.com that “Lamar is not missing. His wife knows exactly where he is.” Kardashian also angrily vented in an expletive filled tweet, saying, “Really hard to sit here and listen to people talk [trash] about my family.”

Odom was filmed on camera last month at El Cerrito Place near Franklin Avenue confiscating camera equipment from a photographer shortly after being asked about having an extramarital affair. Odom then put the equipment in the trunk of his white Mercedes coupe before driving away. The Los Angeles County District Attorney declined to file charges against Odom last week, citing insufficient evidence that he had committed a felony.

Regardless of what’s fact or fiction, it’s clear that Odom’s NBA future remains on hold as an unrestricted free agent.

The Clippers are still interested in resigning Odom despite averaging a career-low 4.2 points on 47.6 percent shooting, according to a league source familiar with the situation. But the source added it’s currently unclear to what degree the details surrounding Odom’s personal life will affect his future with the team. The Clippers are also interested in acquiring Antawn Jamison, who played last season for the Lakers.

The Lakers had “some interest” in acquiring Odom and had talks with him in early July, but the team no longer has any interest in acquiring him, according to a league source familiar with the discussions. The Lakers followed through on Odom’s trade request to the Dallas Mavericks after expressing resentment the Lakers sent him to the New Orleans Hornets in a deal that would’ve brought Chris Paul, something the NBA soon rejected.

The move was considered controversial at the time. Odom, whom the Lakers acquired in 2004 from the Miami Heat as part of a deal that involved shipping out Shaquille O’Neal, helped the Lakers win two NBA championships and was just a season removed from winning Sixth Man of the Year honors. But Odom averaged a then-career low 6.6 points and 4.2 rebounds in 50 games with Dallas, eventually prompting owner Mark Cuban to buy out his contract. The Lakers used their $8.9 million trade exception stemmed from the Odom trade a year later partly to acquire Steve Nash from the Phoenix Suns.

Meanwhile, Odom has dealt with other personal issues that may have affected his play in recent seasons.

During the summer of 2011, Odom dealt with the unexpected death of a close cousin and was a pedestrian in New York City when a driver fatally struck a pedestrian. Concerns also have persisted over whether Odom’s reality television ventures with Kardashian distracts him, something both have strongly downplayed since getting married in 2009.