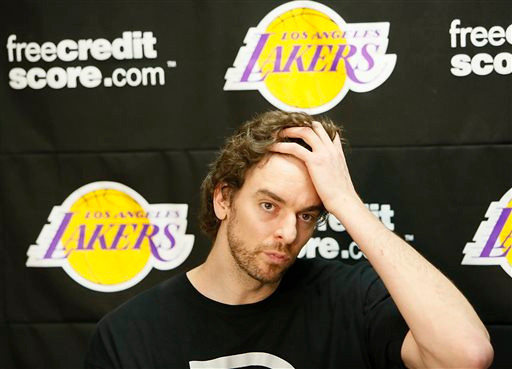 As they played together on the court, the chemistry with Pau Gasol and Lamar Odom went beyond playing off of each other’s versatility. Their four seasons with the Lakers also entailed the two sharing a common bond in another way. Both Gasol and Odom remained positive locker room forces with their team mindset, willingness to sacrifice and amiable personalities.

So it should hardly be surprising that amid reports that Odom is currently battling drug addiction that Gasol expressed concern.

I wish my friend @RealLamarOdom is doing well. All these rumors are really worrying me. Lamar is one of the best guys I've ever played with.

It’s not clear if Gasol’s efforts proved successful. But his attempt speaks both to Gasol’s affection for Odom and the seriousness surrounding his personal life.