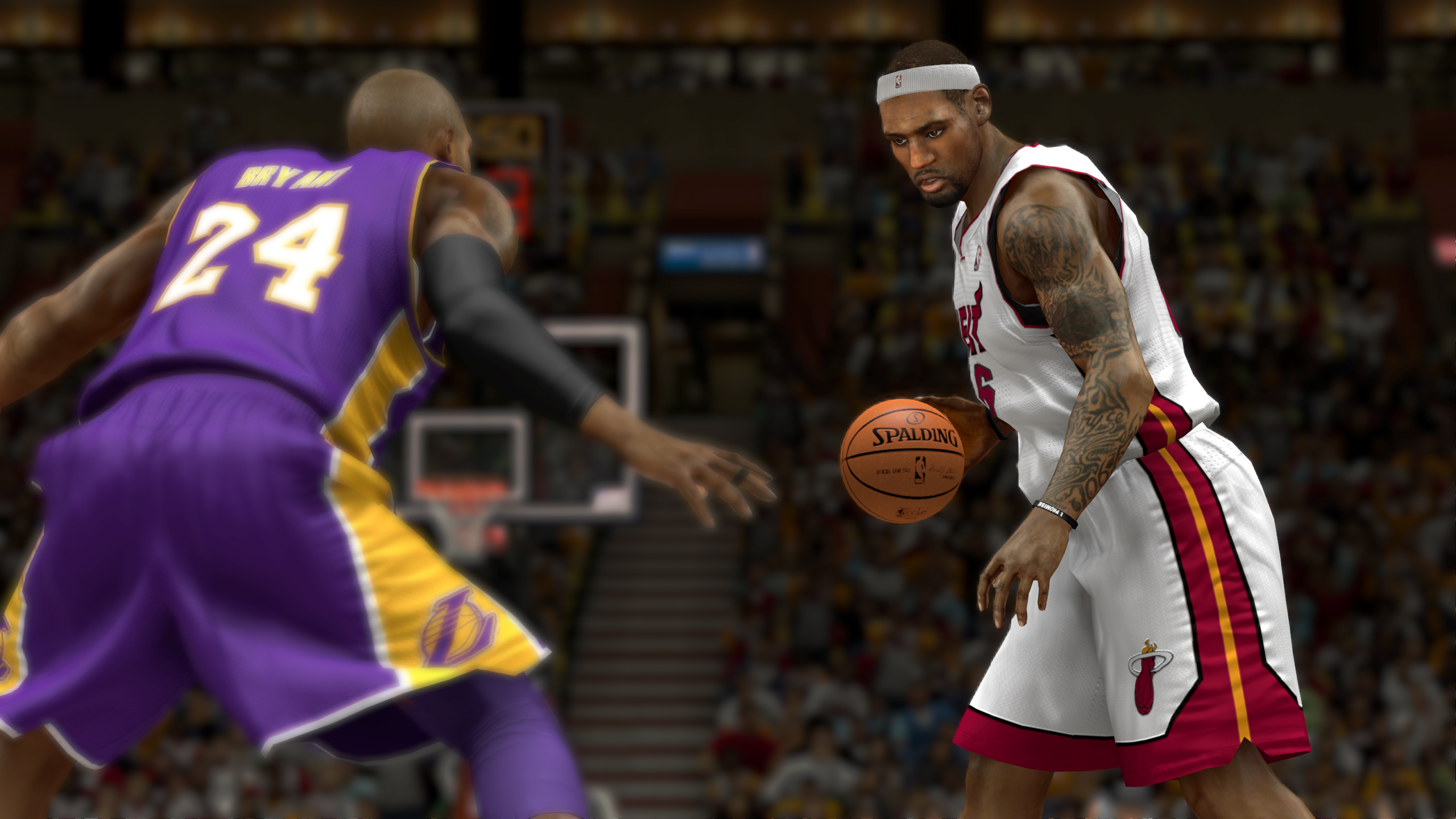 “This team just doesn’t have enough athleticism and speed to contend for a title,” said Clark Kellog, who offers analysis with Steve Kerr while Kevin Harlan serves as the play-by-play announcer for the NBA2K14 game.

NBA2K14’s simulation of the Lakers’ season hardly goes according to script, though.

The Lakers surprisingly lead the Pacific Division for most of the season, even upsetting the defending champion Miami Heat, 104-103, on a Christmas Day game in Staples Center. Kobe Bryant also plays well enough to make his 16th NBA All-Star game.

But the Lakers unravel in March with an 11-game losing streak. Although Bryant leads the Lakers in scoring, his 21.4 points per game average marks a sharp decrease from the 2012-13 campaign when he average 27.3 points per game. The Lakers also remained active leading up to the trade deadline, which could have disrupted team chemistry. The Lakers sent Pau Gasol to the Denver Nuggets for Danilo Gallinari and draft picks, while the Lakers sent Nick Young to the Clippers for J.J. Redick and more draft picks.

To which plenty of Lakers fans will say, training camp can’t come soon enough. There, there will entail actual storylines to follow. That includes whether the Lakers can prove the outside skepticism, shared also by a video game, that they can restore to championship contention.