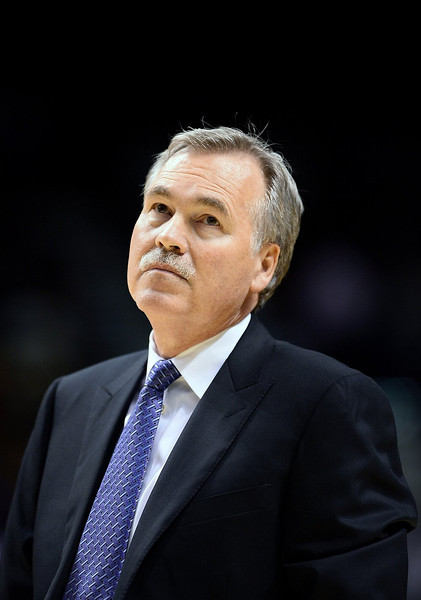 In what must have appeared to mark one of his most dreadful moments, Marcus Landry attempted five shots in a recent preseason game that literally hit nothing but air.

It’s bad enough when a professional NBA basketball player does that underneath the bright lots. It’s even worse when that player hasn’t secured an NBA roster spot.

“If you don’t, then he will have to go get some therapy on a couch,” D’Antoni said recently. “I don’t want him to do that. It’s odd. I don’t know if he’s nervous, but he’s not like that.”

Landry signed a one-year, non-guaranteed deal worth $788,000 with the Lakers after leading the team’s summer league in scoring, averaging a team-leading 15.2 points per game on 42.1 percent shooting from the field and a 37.1 percent clip from three-point range. He also won the NBA’s Development League’s three-point shootout after finishing his second season with Reno averaging a 42.8 percent clip from beyond the arc.

Through three preseason games with the Lakers, however, Landry has averaged 6.3 points on 28.57 percent shooting. But Landry has survived the first-round of the Lakers’ roster cuts partly because D’Antoni believes his struggles will stop. Aside from Landry’s shooting woes, D’Antoni also described his play during training camp as “great.”

“I love him. Why he hasn’t been in the league, I have no clue other than just being bad numbers and bad luck,” said D’Antoni, who also coached Landry with the New York Knicks in 17 games before being traded to the Boston Celtics for Nate Robinson. “He can play and he’s smart. I know he shoots better than what he has shown. He knows how to play so well that he’ll get nine threes up just because he knows how to play. That’s why he’s open. You think he’s going to have nights where he’s going to come back.”

That happened a little bit on the night Landry air-balled five consecutive shots in the Lakers’ 97-88 preseason loss Sunday to the Denver Nuggets at Staples Center. Landry played the entire fourth quarter, scoring 13 points on 4 of 6 shooting, including 3 of 5 from three-point range.

D’Antoni’s endorsement doesn’t necessarily assure Landry a spot on the Lakers. They field a 17-player roster and can hold a maximum of 15 players once the NBA regular season starts. Xavier Henry has proven a pleasant surprise. D’Antoni likes Shawne Williams’ shooting and spacing. And the Lakers are holding out hope second-round draft pick Ryan Kelly can play in training camp after rehabbing his surgically repaired right foot all summer.

If nothing else, though, D’Antoni’s support will at least assure Landry a reasonable amount of playing time moving forward and a positive reference should he need to look around for a team wanting his services.

“He’s a great shooter,” D’Antoni said of Landry. “I felt bad for him because he’s struggling with his shot right now and it’s not a great time to struggle. But he’s definitely an NBA player. I’m amazed in the NBA that some guys get missed over.”