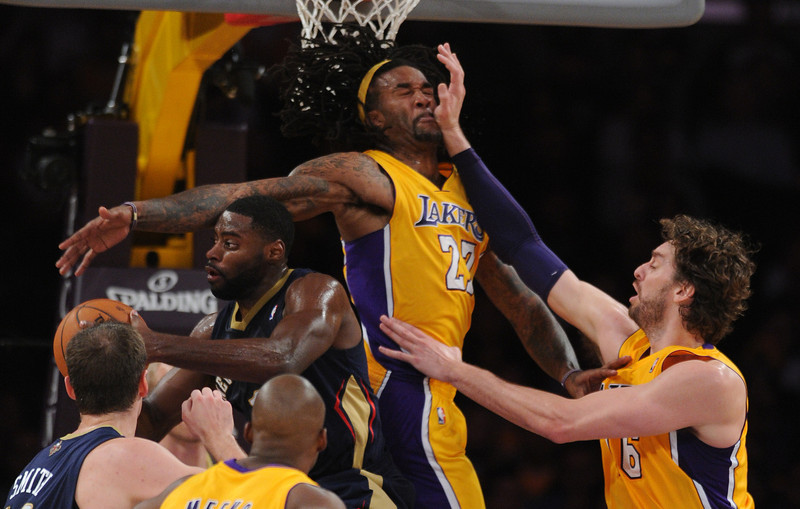 New Orleans#1 Tyreke Evans gets past Lakers Jordan Hill who was getting a little face plant from Pau Gasol in the first half. The Lakers hosted the New Orleans Pelicans at Staples Center in Los Angeles, CA. 11/12/2013. photo by (John McCoy/Los Angeles Daily News)

Even amid never-ending losses and injuries, the Lakers are somehow becoming a draw to NBA TV.

NBA TV will televise the Lakers when they host the New Orleans Pelicans Tuesday at Staples Center, marking the second game in a week the league channel added the purple and gold to its national telecast. NBA TV also broadcast the Lakers’ loss last week to the Indiana Pacers.

The Lakers originally had 25 national television appearances scheduled, including five on ABC, 10 on ESPN and 10 on TNT. A team can make a maximum of 10 appearances on ESPN and TNT per season, opening the possibility for ESPN, TNT and the NBA to decide later to add a game that wasn’t originally planned.