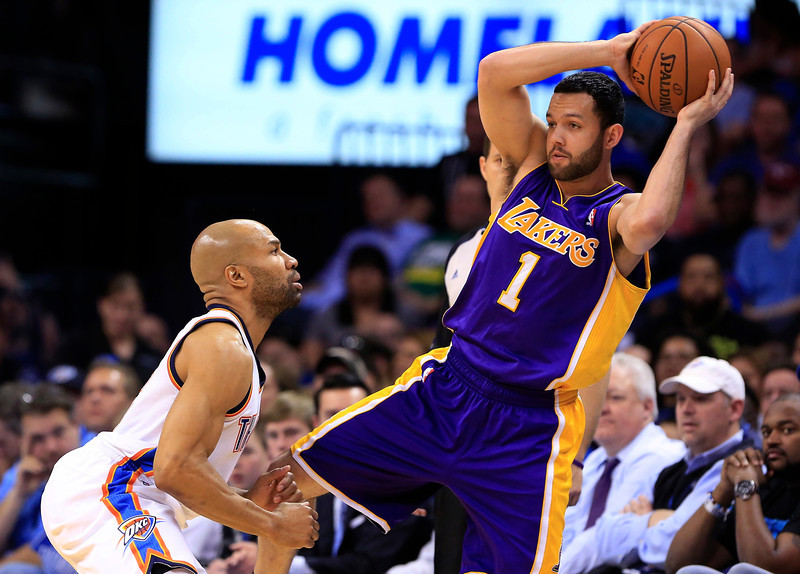 Even with a weekend full of rest and a light Monday practice, the Lakers still cannot avoid suffering injuries.

The latest ailment involves Lakers guard Jordan Farmar straining his right groin during Monday’s practice. He plans to see a specialist either later this afternoon or Tuesday morning, a visit that will determine both the severity of the injury and how many games he might miss.

Pau Gasol missed seven games this season because of a strained right groin, though it’s unclear how much Farmar’s injury mirrors Gasol. Either way, this injury marks the latest bout of frustration for Farmar, who has missed a combined 30 games because two separate tears in his left hamstring.

Despite those injuries, Farmar has still looked promising as a backup point guard, averaging 10.3 points and 4.7 assists. He also has provided a vocal presence in the locker room filled with plenty of young players without any proven experience.

Farmar returned to the Lakers for only $1 million this season, leaving the second year of a three-year, $10.5 million deal with a Turkish basketball club in hopes that he could jumpstart his NBA career. Though he served as a critical bench piece through his first four seasons with the Lakers, Farmar felt restricted under Phil Jackson’s triangle offense. Farmar said he has felt more freedom to tap into his creative playmaking under Mike D’Antoni’s faster-paced system.

But his return hasn’t provided as much joy when factoring the Lakers (22-44) becoming officially eliminated from playoff contention and Farmar’s bouts with the injury bug.

Nick Young begins practicing with uncertainty with his return