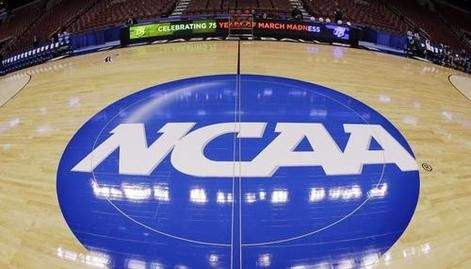 Play-in games are complete and the round of 64 for the NCAA tournament begins Thursday. (AP)

Below is a full Q&A with NBA TV, CBS and Turner Sports analyst Grant Hill, who assesses the Lakers’ needs heading into this year’s NBA draft.

What’s your outlook on this upcoming NBA draft?

There’s some good players. It’s a good draft. A lot depends on positioning and where they are in the draft selection. It’s a tough situation. The Lakers have a lot of question marks. They have secured Kobe Bryant for a lot of money. But what’s going to happen with Pau Gasol and Steve Nash? There’s some good players. But are there guys who can come in right away and make a difference? Or are they guys that will take some time? The Lakers are in a weird situation as a franchise. This summer is going to be important in what they do and the decisions they make. I have learned never to estimate Lakers general manager Mitch Kupchak. He usually gets it right. I know he’s put a lot of thought into it. Kobe is the most important part of getting healthy. There are good players. You can go down the list. Jabari Parker, Julius Randle, there’s some good and talented players and guys who have potential to be stars in this league. We’ll have to wait and see.

Which guys in the upcoming draft could make a big impact for the Lakers?

Jabari Parker [of Duke] is a talented player and is a Carmelo Anthony/Paul Pierce type of player. He has a chance to really come in and make a significant impact on the Lakers and on other team. Julius Randle [of Kentucky] is a great young player. Andrew Wiggins [of Kansas] is extremely explosive. I don’t know if he plays Kobe’s position or not. Marcus Smart [of Oklahoma State] is another talented player. I don’t know about his position. There’s some good players and good talent. But the Lakers have to ask themselves, ‘Are they trying to squeeze another run at this with Kobe for a couple of years or are they looking to prepare for the future?

As talented as Kevin Durant was, it took him some time to figure things out and become that player and become that kind of player. It doesn’t happen right away. For anybody coming in, it’s going to take some time for them to become that kind of player. That’s what I mean about the decisions and what they have to make in terms of what direction they’re trying to go. If they’re trying to win a championship, maybe they trade their pick for some players. There are some good talented players in this draft. Are they immediate, impact, come in right in All-Star like LeBron James was? I’m not entirely sure that’s the case. But there’s some guys who can be good players right away.

If the Lakers get the first pick, who would they best to pick?

My pick is Jabari Parker. He’s the most ready and has a chance to be hugely successful right away. He’s a quality small forward and he’s a guy who could come in and play with Kobe Bryant right away. When Kobe retires, Jabari could be the face of the franchise. Somebody like that is someone I would point to as my definite number one.

He’s very versatile and can do a number of things on the court. He can score, facilitate and has a great feel for the game. He has great character. He’s a strong guy and has got that kind of NBA physicality to be a power player from a small forward position. He can finish in traffic and can bump you almost like Carmelo Anthony, who has tremendous strength as well. He’s got all the skills and tools, has a great mindset and is a competitor and a wonderful player.

For the upcoming NCAA tournament, what things are you looking for that gives you a better idea on the other guys in the field?

On this stage ,they’re great players. But they’re freshmen and have never gone through this before. It definitely intensifies. Those guys will eventually come into the league as top picks. There’s expectations as top picks. Are they able to put a team on their back? Are they able to instill leadership qualities? Can they get a team and advance them to the Final Four? I think when everything is magnified during the tournament and the stakes are higher, I want to see how these guys perform. Certainly we’ve watched them and observed them throughout the season. It’s ateam sport. But do they play at a higher level during the tournament? Or do they flame out? It’ll be fun to watch to see how these players play and how they lead them.

What’s your evaluation on the draft?

I think you can get a solid player in the first round. It’s a deep draft and very talented players in the draft that can go in the top five or eight positions. For a team drafting 15, you can get a good player. You can get a player who can come in and help a team and become a great player potentially. Comparing it to drafts in recent years, the depth of the draft is what sticks out in my mind. It’s not an exact science. A lot of it is a player being in the right situation. A lot of factors go into it with guys having success. But in terms of talent, this is one of the most talented drafts that we have had in a while.

In terms of the order, no. I can tell you who the top five are. But a lot depends on the team and what they need. You get a nice little mix of guys and style of play. I’m not of the type that you just draft the best player. You draft the best player that is suited for your team. You want to wait and see how things play out in the tournament and there may be some players overseas who may emerge as top players. But as right now in terms of guys in college, I think Parker, Randle, Wiggins, Smart and Joel Embiid [of Kansas]. I think those guys are my top five.

Can you break down their games for me?

They’re all different. I like Smart’s ability to score. He’s a two-guard who can score and can go to the whole. He has a physical and mental toughness about him. He could’ve been the number one pick last year if he came out. He’s a two guard who can put up big numbers like 20 points a game in the league. I like his strength at the two-guard position and ability to score in a number of different ways.

Wiggins has tremendous athleticism and is a skilled guy. He’s still learning how to play, but he has explosiveness that you don’t see a lot in players. Very few guys have his athleticism. The open up and down, one-on-one style of the NBA, he’ll have a chance to excel in. The more he plays and the better he becomes. I like Randle’s strength, power and size. He reminds me of a Zach Randolph, a big guy who can also take it to the outside and score and they’re both left handed. Embiid is just a young, athletic big guy who is loaded with potential. He has a great attitude and is a great athlete.

When you look at the Lakers’ roster, what is their biggest need?

(laughs). Health is a need. They need to get healthy. They need a sidekick or another star to play alongside Kobe. They took a gamble on Dwight Howard. In theory, it made a lot of sense. With another year of Dwight and Kobe, things may have improved a bit. They went all in last year and it didn’t work out. The key is if they can attract another superstar or a good player who was once a superstar to complement Kobe.

You need those difference makers and guys who can carry a team for moments and games. Those guys are hard to come by. But the Lakers are all about championships. Mitch Kupchak is about championships. I can’t see them starting over. The Lakers don’t do that. They need a Robin to Kobe’s Batman. Or maybe Kobe’s Robin and bringing someone else to be Batman. But they need a one-two punch. I’m not entirely sure Pau is at that level. He’s still a great player. But I don’t know he was at the level he was at five to six years ago.