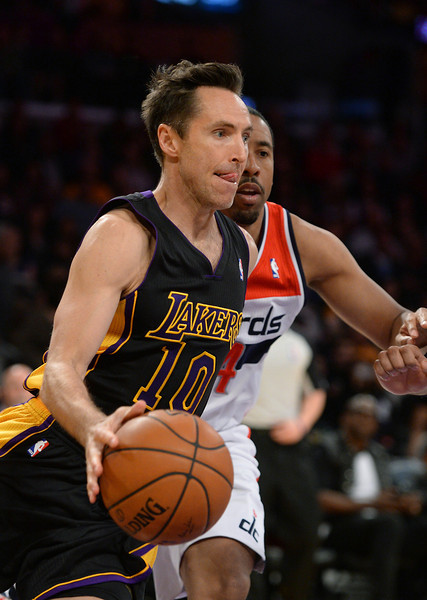 Back when he first chased his dream toward achieving basketball greatness, Kobe Bryant played in Italy and looked up to someone who would later become his coach with the Lakers.

All of these years later, however, Steve Nash confirmed that Bryant and D’Antoni have not become a good match together with the Lakers.

“I wouldn’t disagree,” Nash told ESPN Radio’s Colin Cowherd. “We’ve seen that. People have deduced and read between the lines and felt that way, they’re not wrong. It’s not the perfect marriage.”

Even though he openly campaigned for Phil Jackson to return in a third stint with the Lakers, Bryant also supported the Lakers hiring D’Antoni last season. Stemmed off of following his playing career in Italy and playing for him on two U.S. Olympic teams, Bryant called D’Antoni “an offensive genius” and downplayed his reputation as a terrible defensive coach. Since then, Bryant and D’Antoni have shared many philosophical differences.

Bryant lamented this season how the game has morphed into what he dismissively called “small ball,” a style D’Antoni popularized that features a strong premium on three-point shooting, a quick pace and players who can play multiple positions. Bryant prefers operating in the post at a slower tempo stemmed from his experienced playing Jackson’s triangle system.

During a press conference two weeks ago, Bryant said the Lakers need to provide more clarity on whether D’Antoni will return this season. The Lakers have not told his job is in jeopardy, but will not decide his future until after the season ends. Considering Bryant played only six games this season after rehabbing his left Achilles tendon and fracturing his left knee, sources close both to D’Antoni and Bryant sense the Lakers star wants to play at a slower pace next season.

Nick Young on house getting robbed: “I’m shocked they tried to get Swaggy”