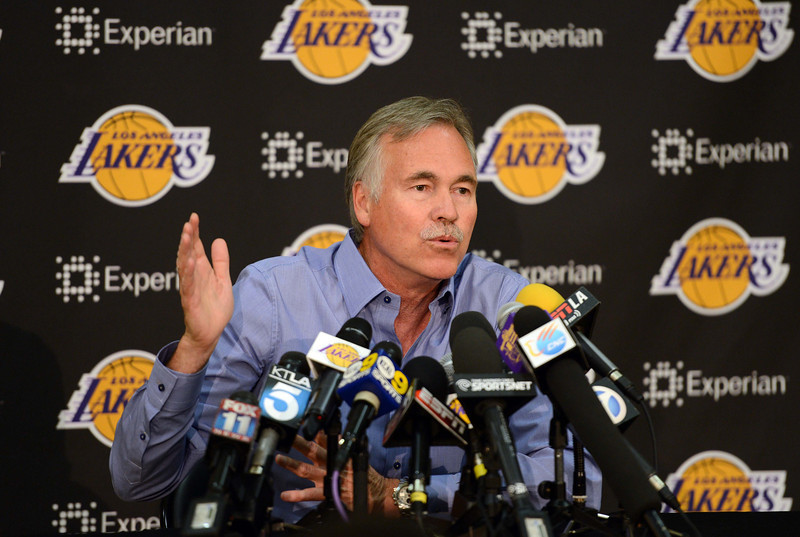 Although the Lakers have been leaning for the past month toward retaining Mike D’Antoni as their head coach, he has been trying to seek assurances recently that the team will exercise his team option to stay for the 2015-16 season, according to a league source familiar with the discussions.

Ever since D’Antoni talked with Lakers general manager Mitch Kupchak last Friday during the team’s designated exit meetings, this newspaper reported that D’Antoni hoped the Lakers would provide this promise to eliminate having lame-duck status next season. The issue has since been raised to the Lakers, which are currently reluctant to decide definitively whether D’Antoni would coach through the two years left on his contract, according to a league source.

The Lakers have not met with D’Antoni since the exit meetings, though he is hopeful that a meeting will be scheduled sometime within the next week.

D’Antoni has one guaranteed season left on his contract worth $4 million. The Lakers then hold a $4 million team option for the 2015-16 campaign.


Lakers, Mike D’Antoni to meet again in a couple weeks to assess future