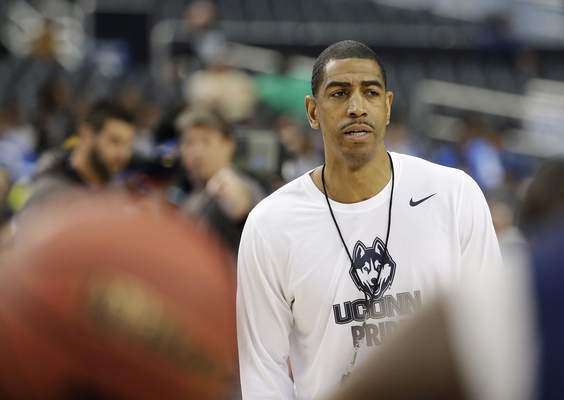 Contrary to what was suggested in a Fox Sports report, UCONN coach Kevin Ollie neither has definitive plans to meet with the Lakers nor has the team contacted him about its vacant head-coaching position, according to a league source familiar with the situation.

Ollie reiterated that stance in a tweet dispatched on Tuesday.

Don't Believe everything you hear!! Only meeting I have is with my team on Thursday at Gampel.. We are preparing everyday for Greatness!!

As reported last week in this newspaper, Ollie will listen to the Lakers should they reach out for an interview. But a person familiar with Ollie’s said he’s “real committed to his alma mater” and is in the beginning stages with Huskies officials over extending his current five-year contract.

Those around Ollie sense he will soon attract interest from a number of NBA teams after guiding UConn to the 2014 NCAA men’s basketball championship in only his second season. But at this point, no meetings with any teams have been set up at this time.