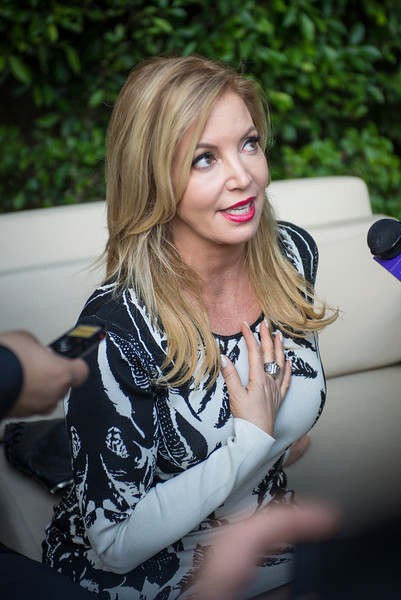 In the past, Jerry Buss talked with Kupchak and Jim Buss and ultimately had final say on who the Lakers would hire as coach. Jerry Buss’ involvement with coaching interviews depended on the circumstances. The Lakers hosted an in-person interview with Mike Brown at Jerry Buss’ house in 2011, in which Jerry Buss, Jim Buss and Kupchak all attended. Jerry Buss did not attend the Lakers’ job interview in 2012 with Phil Jackson because he was currently in the hospital recovering from cancer. The Lakers also interviewed D’Antoni only through a phone interview since he was still recovering from recent knee replacement surgery. It is unclear if Jerry Buss attended any interviews in 2004 with Rudy Tomjanovich, who soon resigned midway through the 2004-05 season.

Ever since her father’s passing in Feb, 2013, Jeanie was designated the Lakers’ president and governor and has represented the team during the NBA’s Board of Governor meetings. She has also overseen the Lakers’ business operations, a responsibility she has held for 15 seasons. Jim has spent nine of his 16 years with the organization as the Lakers’ executive vice president of player personnel. The Lakers have set up a trust that are run by Jeanie, Jim and Johnny Buss. Buss’ other children – Joey, Jesse and Janie Buss Drexel – also have ownership stakes.

Jim and Jeanie appeared at odds, however, when the Lakers chose D’Antoni over Phil Jackson following Mike Brown’s firing on Nov. 2012. Jeanie admitted in her updated memoir that the Lakers passing on Jackson, who is also her fiance, negatively affected both her emotional well being and her relationship with her brother, Jim.

Since then, Jeanie Buss has publicly downplayed her previous frustrations. In an interview with 710 ESPN in March, she downplayed the Lakers never offering Jackson an official role before he eventually became the New York Knicks’ president. Although Jeanie Buss described herself as the Lakers’ “boss,” she both deferred and expressed a vote of confidence on both Kupchak and Jim Buss overseeing the team’s basketball operations.

“They are empowered to do that. My job is to make sure, as a boss, that I provide them the tools to do the job successfully. But it’s up to them to make the day-to-day decisions on how they operate their area of the business,” Jeanie Buss said. “I have faith that Jimmy knows what he’s doing. He learned under my dad. He’s got a certain style of basketball that he wants to see this team play.”