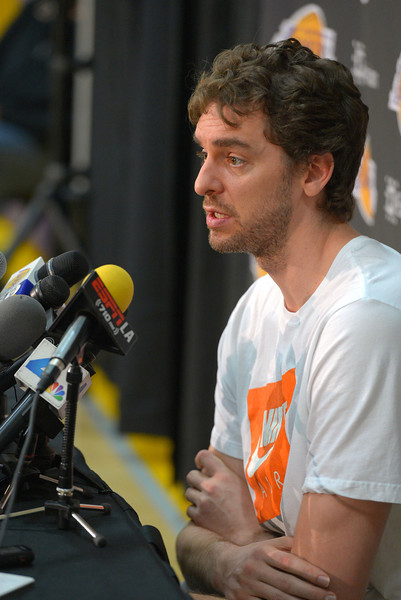 But this time, the Lakers forward talked about those ideals surrounding an issue far more complex and serious than his philosophical differences with Mike D’Antoni or the unsettling trade rumors. Gasol visited Israel on Sunday where led a basketball workshop for both Jewish and Arab children in hopes that it would foster better relationships amid the war-torn region.

“Sport is the best way to progress peace,” Gasol told the children. “It doesn’t matter which religion you are. With sport, everyone speaks the same language.”

This marked the first time Gasol visited Israel, but such a visit represents a fraction of his extensive traveling.

He has served as UNICEF ambassador that entailed visits to South Africa (2005), Angola (2007), Ehtiopia (2010), Chad (2012) and Iraq (2014). During those visits, Gasol assisted with various humanitarian efforts and hosted basketball clinics.